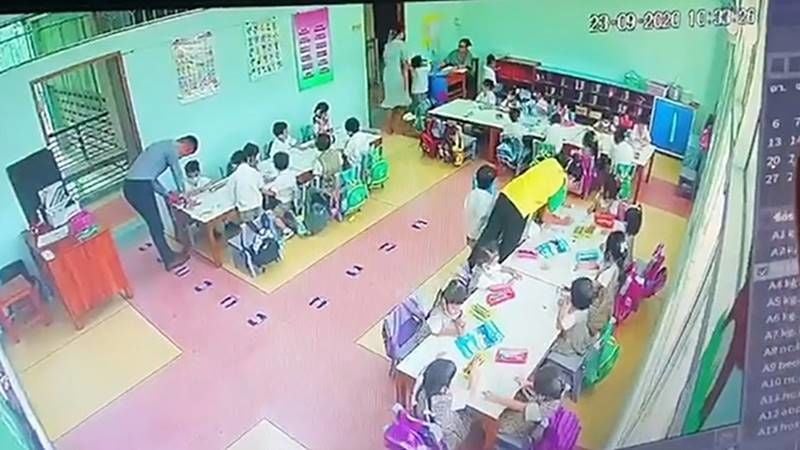 Parents of children allegedly abused by teachers at the Sarasas Witaed Ratchapruek school in Nonthaburi, a suburb outside Bangkok, are seeking compensation. A lawyer representing the parents made a post on Facebook saying that a group of 20 parents are seeking more than 120 million baht in damages. The parents have a meeting with the attorney general today, according to Thai media.

Reports of alleged abuse at the Sarasas private school stemmed from incidents caught on classroom surveillance camera footage showing 30 year old Ornuma Plodprong, known as “Kru Jum,” abusing kindergarten students. Videos of Kru Jum pushing a student to the floor and dragging another across the classroom were shared on social media. Other reports involving both Kru Jum and other teachers at the school followed.

The Nonthaburi Province Court found Kru Jum guilty of child abuse and assault of a minor. The court sentenced the kindergarten teacher to 7 months in jail.

Nation Thailand says another nursery teacher at the school was sentenced to 45 days in jail after she was caught of camera putting a black garbage bag on a student’s head and pulling it down to cover his entire body.

4 other teachers at the Sarasas school also got short jail sentences – around 15 to 75 days- for assaulting kindergarten students by banging their heads on the desks, pushing them to the floor and twisting their ears, according to Nation Thailand.

Thai media says there are 58 separate incidents of alleged child abuse involving 13 teachers. Some cases are still pending in court.

Officials urge public to stick with Covid safety measures, warning that quarantine is not a catch-all solution