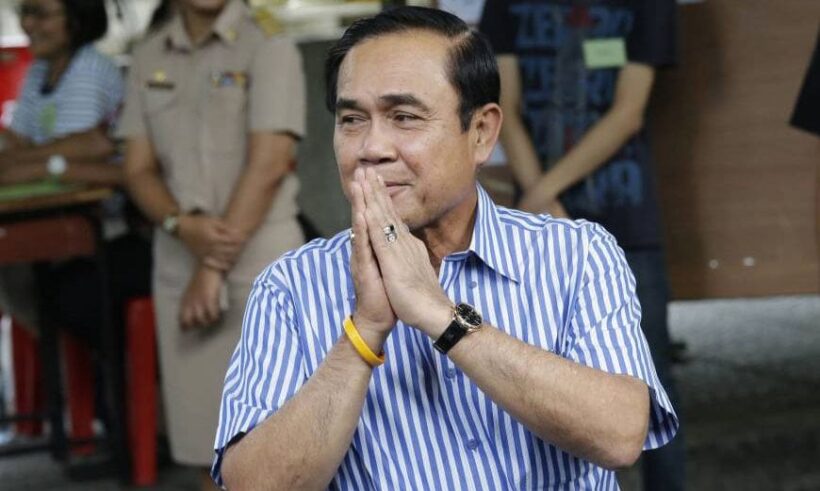 Thai PM Prayut Chan-o-cha says he won’t be reshuffling his cabinet following the resignations of four ministers who are core members of the pro-junta Palang Pracharat party.

And he declared that he will seek to return to power only through election. He also openly ruled out the possibility of exploiting the provisional clauses in the Constitution to be re-appointed PM with the support of the junta-controlled Senate.

It is the first time he has clarified his stance without actually declaring which party he will run with.

He stopped short of aligning himself with any particular political party in the March 24 poll, saying that he is still waiting for a formal “invitation.”

“I already have an answer in my mind. But I need to see the party’s policies first,” he said.

Under the Constitution, each political party has the option of submitting a list of up to three candidates for PM should they win enough votes to form a government. But the provisional clause of the Constitution allows members of the House of the Representatives and members of the Cabinet to skip the list and vote for a so-called “outsider” to be the next prime minister.

“I will definitely not try to be an outsider prime minister,” he said.

Thai PBS reports that Gen Prayut is being widely tipped to be nominated as a prime ministerial candidate by the new junta-leaning Palang Pracharat party. But observers note that Gen Prayut has been showing signs of wavering apparently because of the party’s not so impressive showing in a series of opinion polls.

The party has among its founders four members of Gen Prayut’s cabinet. The four submitted their resignations with PM Prayut this morning, saying they wanted to devote their time to campaigning for the election.

Thailand named in top ten places in the world to retire