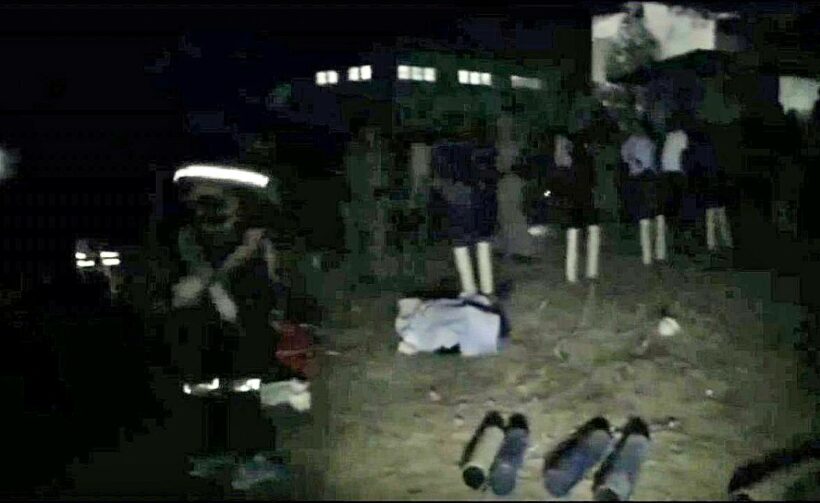 A 59 year old man, serving as a civil defence volunteer at a Chaiyaphum temple fair, has been killed instantly after picking up a seemingly half-lit giant fireworks pipe that then blew up in his face. Chaiyaphum is in central Thailand, north-east of Bangkok.

The fireworks exploded in the man’s hands at 9pm on Monday.

The 59 year old victim Riang Phetchnam was identified as a civil defence volunteer at tambon Ban Han, who was helping temple fair organisers in clearing and cleaning a firework-lighting spot near the temple fence.

As the area was noisy and the fireworks-lighting spots were located far apart, it took others a while to discover Riang had been killed and to alert the police.

Kingdom from the sky – a tribute to the Thailand we love