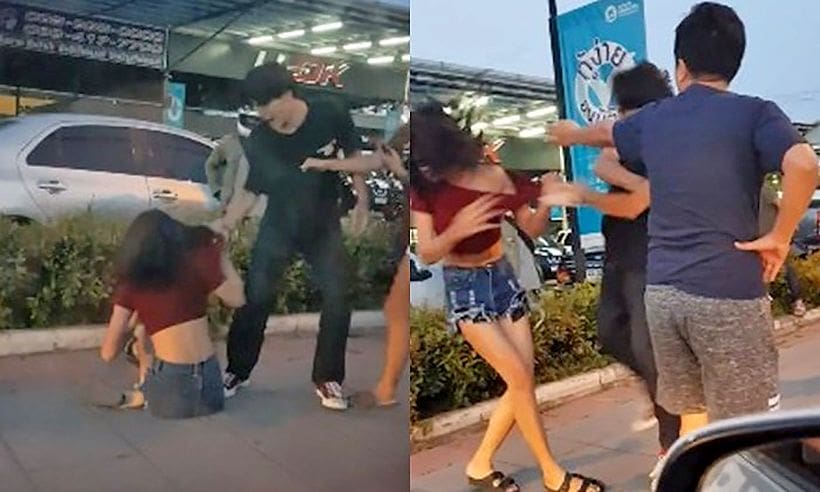 A video of a man publicly punching a woman in the face has gone viral on Thai social media. There is no indication where the incident happened.

The clip, viewed 3.8 million times (as of Sunday 5pm), shows a man in a black t-shirt punching a woman in the face before taking her away.

The woman then gets on the motorbike and leaves the scene with the man who attacked her.

There’s been plenty of net-speculation about why the woman might have been attacked by the man.

Sanook News is reporting that the man attacked the woman after he discovered she had been cheating on him.

The Thaiger would question why no one defended this woman from this violent man and why they allowed her to ride away with him.