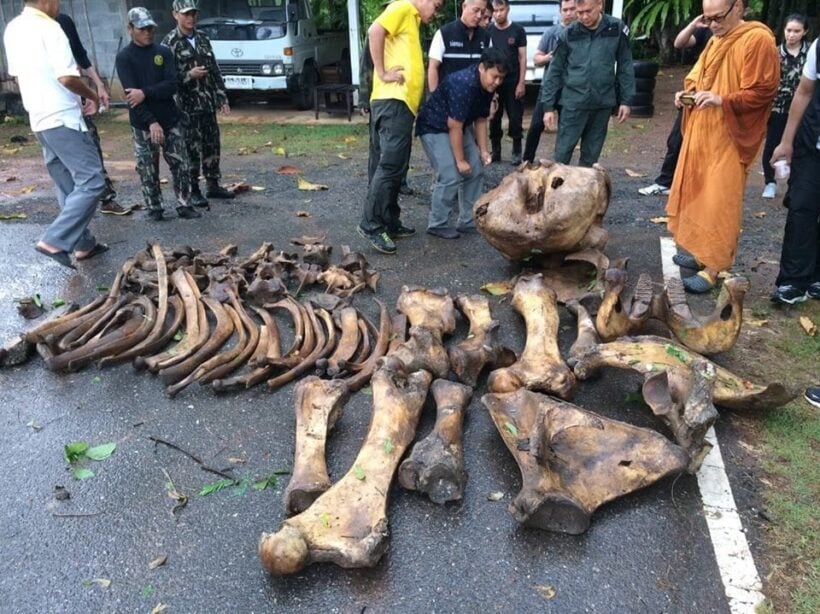 56 bones from an elephant skeleton have been found inside a mine area in Chon Buri yesterday.

The Department of National Parks, Wildlife and Plant Conservation (DNP) reports that officials and veterinarians yesterday examined the 56 skeleton fragments of a male elephant found inside a mine in Chon Buri, just 300 metre from a protection zone.

The elephant was estimated to be around 40-50 years old when it died. Veterinarians believe that the elephant has died at least four to five months before the skeleton was found.

The case has been reported to the Bor Thong Police. 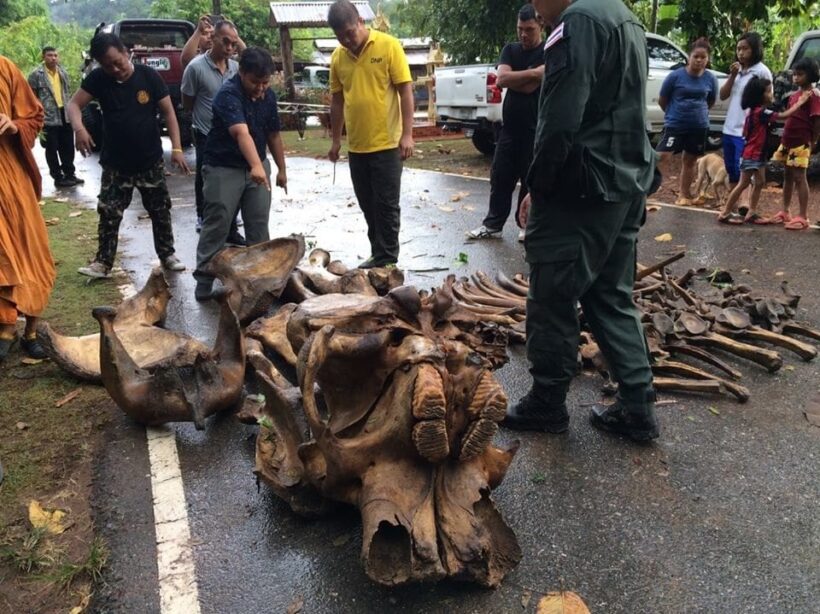 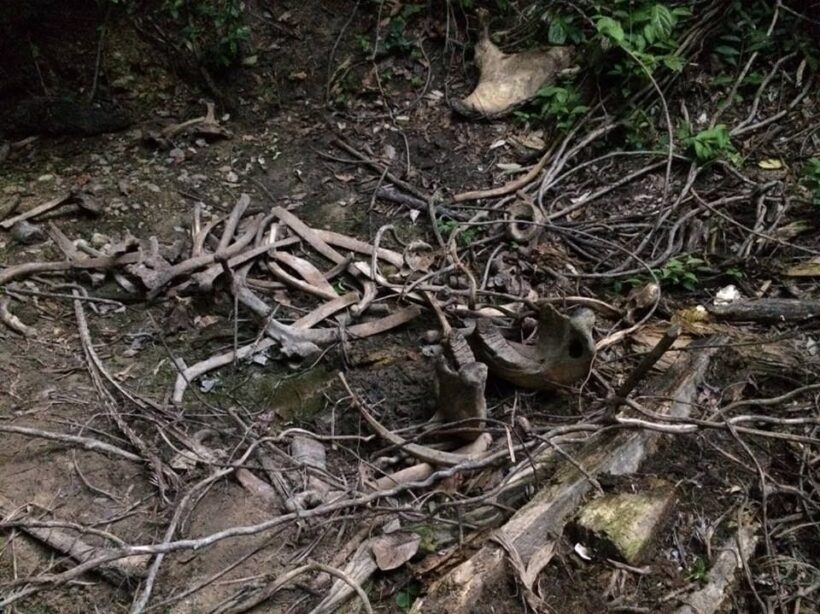 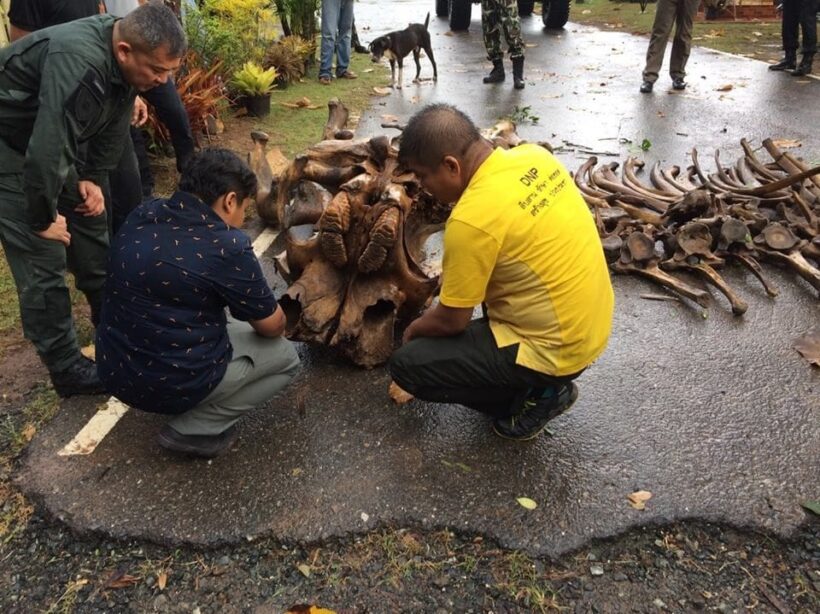 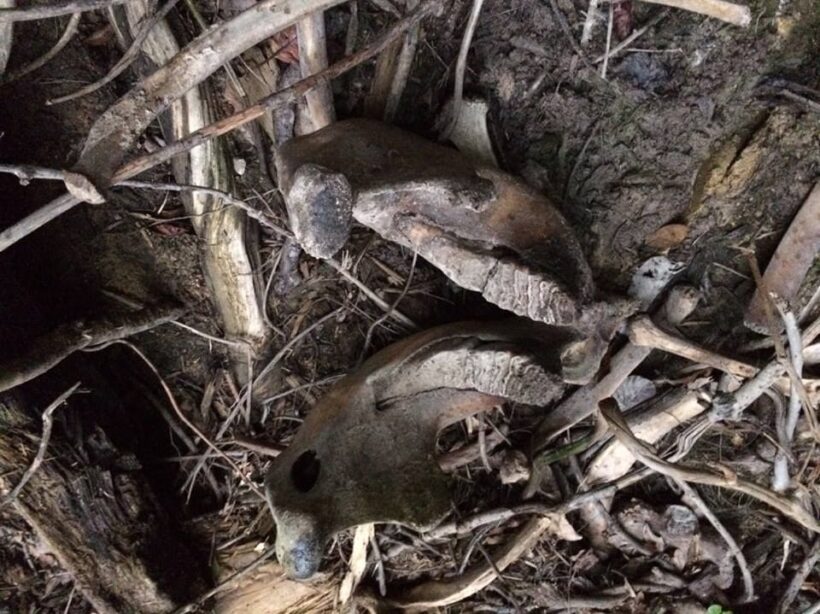