A family who who have made official reports alleging that four of their children were sexually abused by an ‘influential’ local man in Chumphon’s Lang Suan district, claim they are being harassed and may have to move. They claim that three female family members, aged 6, 10 and 14, and their 9 year old boy, were sexually assaulted by the owner of a rubber plantation who is identified only as ‘Surin’.

Yesterday morning, 10 uniformed and plain-clothes officers visited the rape victims and their relatives who say they are frightened and under stress. Police sought details about alleged threats the family had received to investigate further and possibly file additional charges against the suspect.

Senior officers have promised police protection for the family and said that the suspect would receive punishment if he was found guilty as charged.

Although the 14 year old girl had allegedly been molested and raped from  the age of two until seven, the family only recently filed the police complaint after learning about sexual attacks on the three younger children.

‘Surin’ has been arrested but later granted bail pending trial.

The 14 year old girl’s mother Jan (not her real name) told police about the alleged sexual attacks on the children and said they discussed moving away from Bang Maphrao for their safety and to prevent trouble for their landlord.

A local community leader gave shelter to the family after they left the shack they built and lived in on Surin’s plantation.

“We live on what we earn daily so we don’t have enough cash to move back to our northeastern hometown of Sakhon Nakhon. We are under tremendous stress,” Jan said.

She added that people close to Surin also harass the family with dirty looks and hostile words.

Tharathep said he had talked to the landlord who affirmed that the family could continue to live at his property as Jan’s 60-year-old husband was a good and diligent worker.

According to police, Surin currently faced charges of “taking away” minors under 13 from their parents, molesting minors under 15, and attempting to rape children under 13. 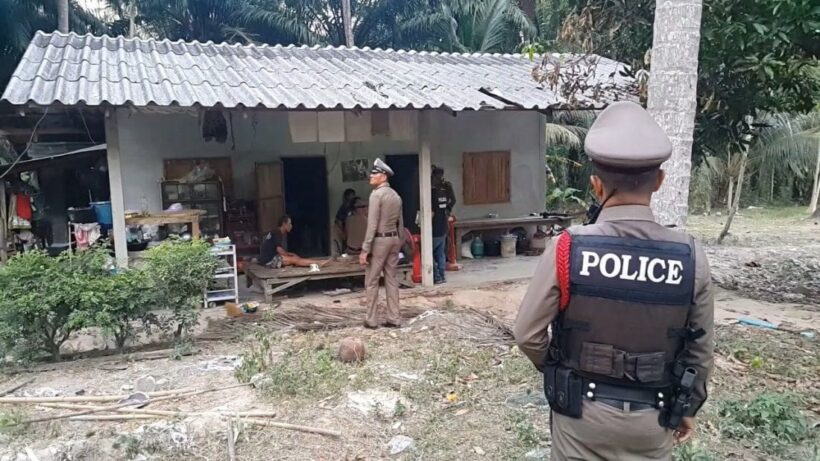