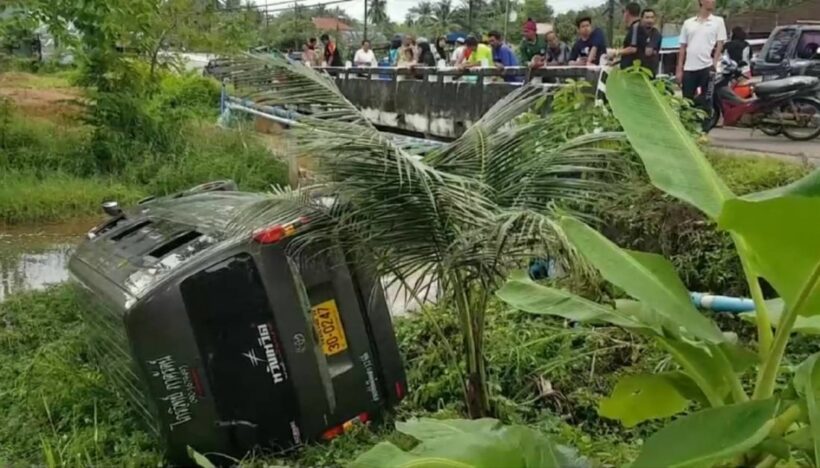 Indian tourists have sustained minor injuries after the minivan they were traveling in over-turned in Krabi on the way back to Ao Nang from Phuket.

Ao Nang Police were notified of the incident on Nong Talay – Khao Thong Road in Mueang Krabi District yesterday at 10.30am.

Police and emergency responders arrived to find the passenger van flipped over, on its side, in a roadside verge. It also crashed through the mains water pipe for the local village, causing water shortages for villagers.

25 year old Ocha Aunteng, the minivan driver, told police that he was carrying five Indian tourists from Phuket to a hotel in Ao Nang. He says he lost control of his vehicle as the roads were slippery from rain on Saturday night.

None of the tourists wanted to go to hospital as they weren’t badly hurt. Another vehicle was called to take them to the Krabi hotel, the original destination. The minivan driver was taken to Police Station for an alcohol breath test, questioning and possible legal action. 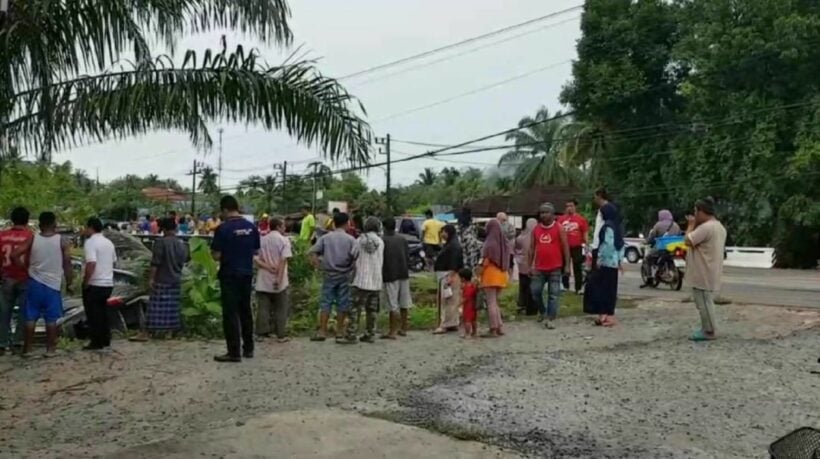 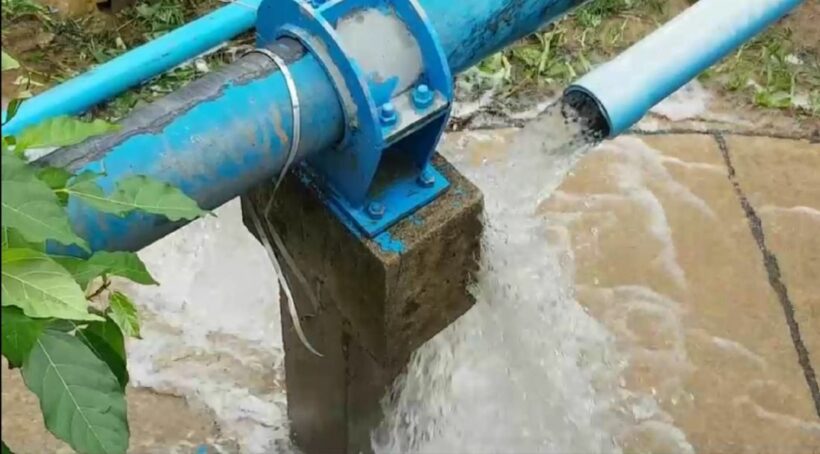 Man arrested with Cat 1 drugs and guns in Phuket