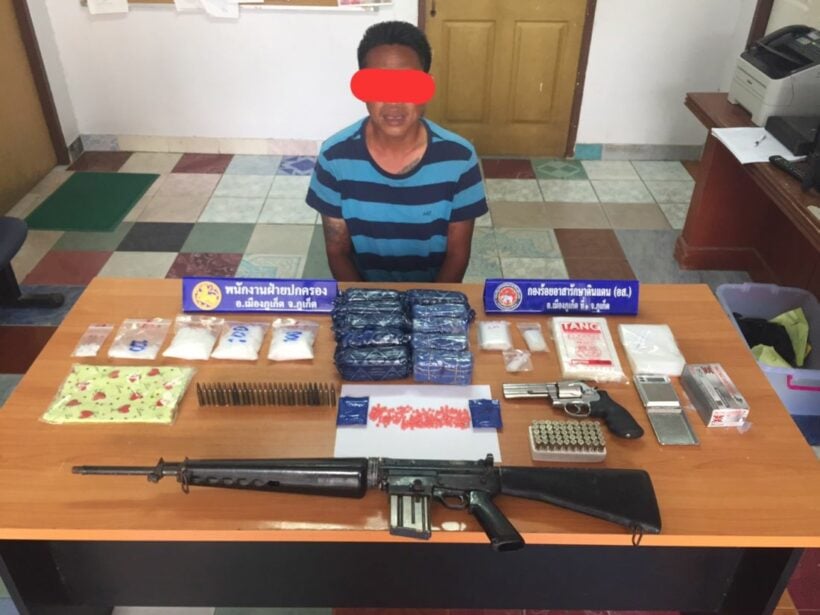 Officers have arrested a drug suspect in Cherng Talay, Phuket. The man was found with 20,666 methamphetamine pills, 339 grams of crystal methamphetamine (a third of a kilogram) and two guns.

The arrest follows an initial arrest of 38 year old Attawut Chinsri in Phuket Town. He told officers that he bought the drugs from ‘Hug’. Officers continued their investigation which led to the arrest in Cherng Talay. 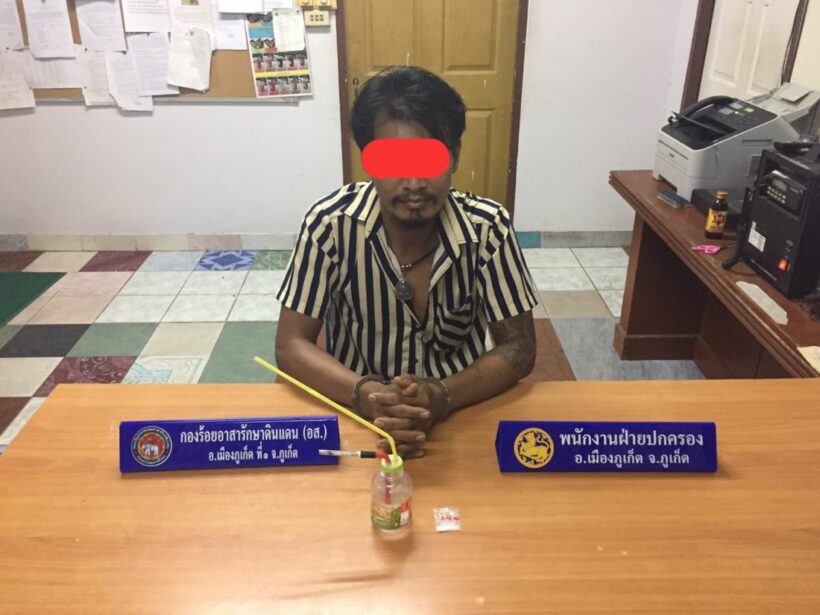 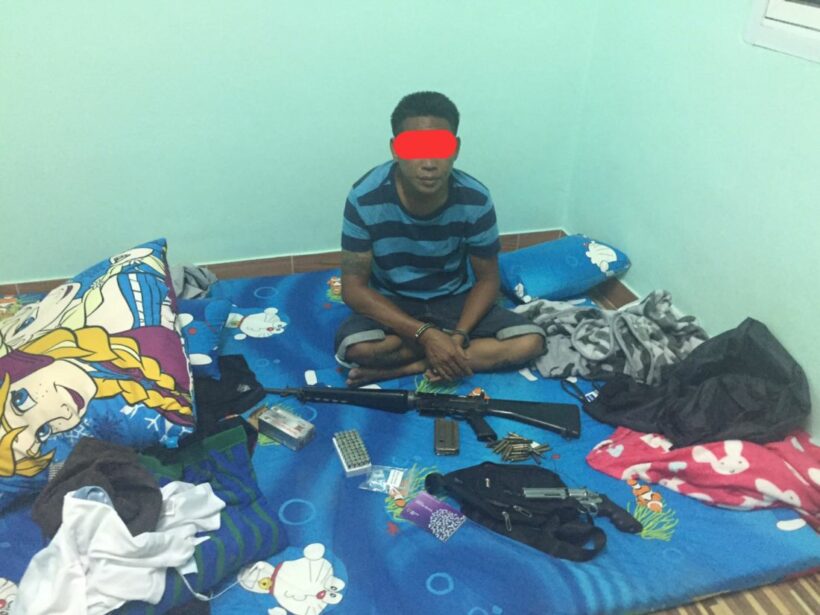 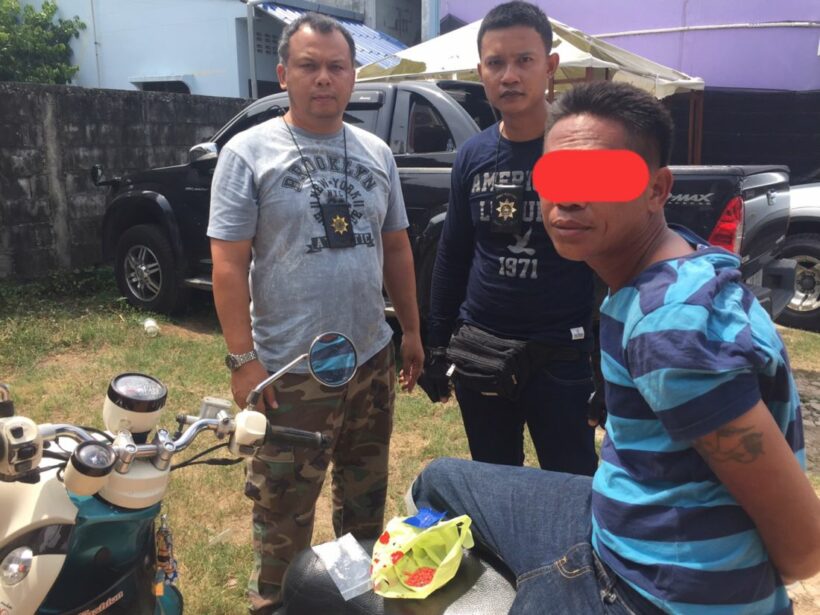 Tourists injured as minivan flips over in Krabi