In the second such incident in a week, a farmer has been trampled to death by an elephant yesterday in Thailand’s northern Chiang Mai Province. Police say the body of 68 year old Sa-ard Khamsrijai was found in the garden of his vegetable farm in San Sai district.

Officers say the body had wounds consistent with trampling, and a female elephant, owned by a local elephant park, was found near the scene. It’s believed Sa-ard was watering his plants when he came across the elephant and tried to shoo it away, but the animal panicked and trampled him.

Police say the park had taken the elephant out to forage as there have been no park visitors since the Covid-19 outbreak. The elephant was tethered to a tree in the forest but broke free and wandered into Sa-ard’s farm.

Police are reportedly filing criminal charges against the park owner.

Exactly a week ago, a village elder in the central Thailand’s Tha Takiab district was stomped and gored to death by a wild elephant while collecting mangoes.

Elephants and their caretakers are in dire straits in Thailand. The Covid-19 crisis has meant an end to the tourism on which elephant parks and camps, mainly in the North, traditionally depend. Elephant businesses in Chiang Mai and elsewhere are being wiped out in their dozens, if not hundreds. Most have closed their doors and laid off thousands of staff. Those that remain open are haemorrhaging money, and the elephants, left largely without food, are forced to forage. 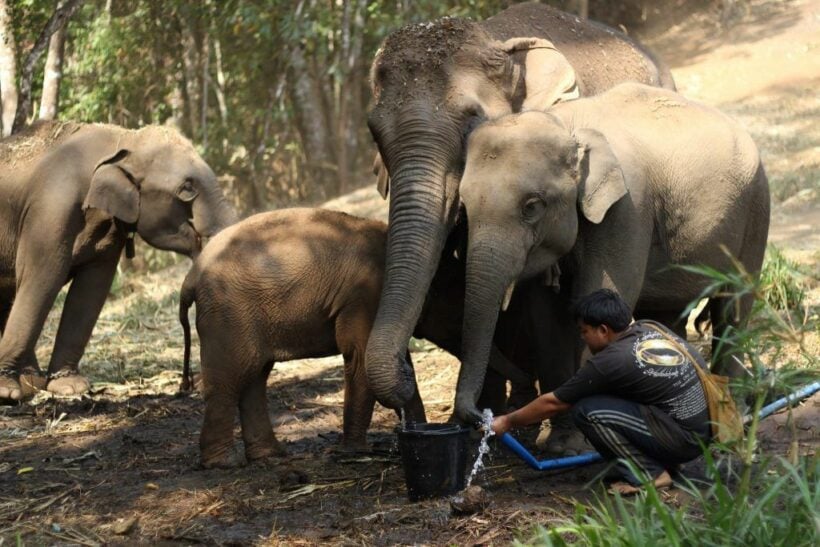