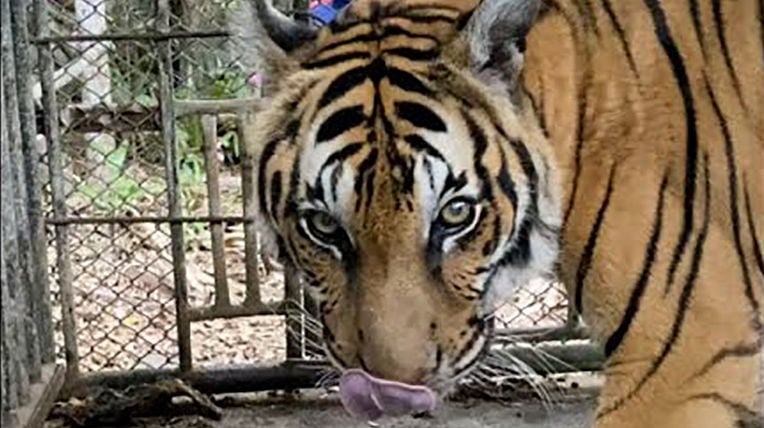 Edwin Wiek, Founder at People & Animals Thailand, has made this announcement relating to the tigers at the Phuket Zoo…

There are some fundraisers ongoing on the net to help the tigers at PHUKET ZOO that are in need of help. Please be informed that these fundraising campaigns are set up by private people who are not owners of the tigers, have no legal access to the tigers or are involved with the rescue of these tigers. The tigers will not be released by the owners to anyone, authorities will check on the tigers and other wildlife later today but have said they will not confiscate or ask for a hand over. Owners have said they will keep the tigers for a newly build zoo on Phuket.

The owners of the Phuket Zoo, obviously bereft of paying customers at this time, appear to have walked away from their duty of care to the animals incarcerated in this island ‘tourist attraction’. We use the term loosely (read the Trip Advisor comments below). But now a video has been posted by a groups of friends who came across the zoo this week.

“Me and my mates went for a walk and came across an abandoned zoo still filled with animals. The owner has gone bankrupt and times are hard during this pandemic.”

A group of friends stumbled on the apparently abandoned Phuket Zoo and filmed an animal horror show. What they found was horrendous and has given some of them nightmares since their visit, according to the narration. They posted an edited version of the video they shot on April 16. 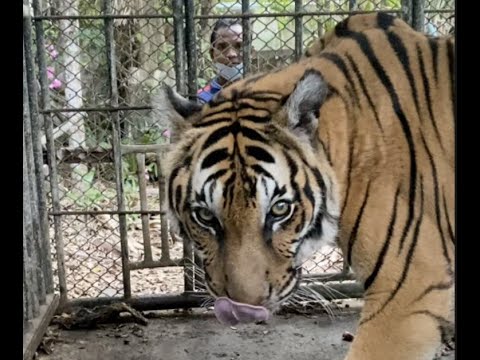 ‘Minh Nguyen’, an Australian from Arncliffe, NSW, posted the video saying that they’ve now been reaching out and getting support behind their efforts to provide some immediate relief and hopefully save the abandoned animals in the zoo.

The came across a zoo staff member who told them…

“If you want to give the tiger food, give money, about 7,000 baht and that will buy 50 pieces of chicken – that would feed one tiger for one day.”

Later in the video Minh says that the owner admitted that they couldn’t afford to feed the animals and that the owner wanted to close the zoo down (unspecified if it’s either temporarily or forever). 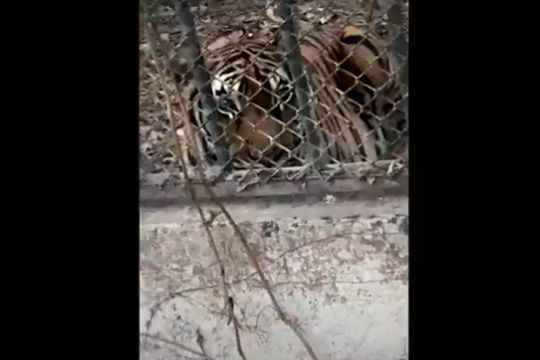 Meanwhile, Phuket wildlife officials said they wouldn’t check on the tiger being caged up in Chalong’s Phuket Zoo until today.

Local wildlife officials confirmed to The Phuket News that Phuket Zoo will file a formal request to close the tourist attraction blaming the economic conditions forced on the attraction with lockdowns and zero tourism on the island at the moment. All animal tourism attractions, including Phuket Zoo, were ordered closed on March 28 by Phuket’s governor.

The Chief of the Khao Phra Thaew Non-Hunting Area Conservation Centre says they were  already aware of the plight of the tiger from social media posts.

“I know from experts that tigers must not be too fat, but this tiger looks so thin. I am worried about the tiger and other animals while the zoo is closing.”

The Chief said that they weren’t able to go and check on the welfare of the tiger, or other animals at the zoo, because “the owner wasn’t around”. He then contradicted himself, in comments to Phuket News when he maintained that there were zoo staff were still there and feeding the animals. Indeed there appears to be staff available to let in officials in the posted video.

The Phuket Zoo has an infamous reputation in social media where people have shared posts of pathetic looking animals for years and urged people not to go. Sited next to the dolphinarium in Chalong, the two attractions have come under constant fire from animal rights supporters.

There has also been two high profile cases, that of Milo the Orangutan and Dumbo the baby elephant – both neglected or abused, and both now dead. 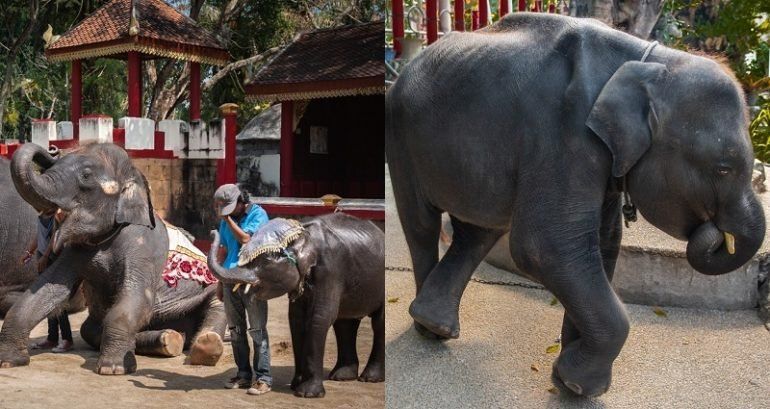 I have been witness to the capricious and unprofessional nature of the Phuket Zoo’s management in the past when investigating, mostly, the story of Milo the Orangutan. In that case we called, actually demanded, that Phuket wildlife officials come to see for themselves the horrible situation that Milo was in. 24 hours later, when the officials, and the local media circus, arrived at the zoo there had been a make-over turning the horror show into a wonderland. Everything had been repainted, the tatty gardens had been cleaned up, paths washed and all the staff dressed up in spanking-new shirts.

The local wildlife officials were taken aside, out of the view of the media, and ‘negotiations’ were made to sort out the complaints against the zoo. And everything was good again. Just 9 months ago the ‘zoo’ was again inspected by the same wildlife officials and allowed to continue trading.

But don’t believe us, read what the island’s visitors say about Phuket Zoo…

• This was unreal! As soon as we seen the tiger with the chain around it’s neck, we wanted to leave! They were basically just parading the animals so u wld get a photo with them for money! The animals were not looked after at al! – vicki86paul2016

• I have been visiting here 15 years ago, 8 years ago and now, I just want to say if you wish to throw your 44 euro per person + taxi cost, give that money someone on the street, I believe it will make you happy to see some child get happy and smile to you who really need that will make you happy than going and seeing 2 elephant, 2 monkey, some birds, small crocodile, no tiger, no fish, no sea turtle, disgusting place – ISML68

• Tigers seemed to be have been drugged, zookeepers would poke them with sticks just so people could take photos… Filthy living spaces for the animals with very limited water in all the enclosures – Belladellarco

• This is just scam. The cost of ticket is really out of mind for what you get. Shows was terrible, it was abandoned, no animals, nobody cares of them, aquarium was closed. The main attraction was in ruin and without animals – petk0vic

Please go ahead and read the 134 pages of reviews for this awful place.