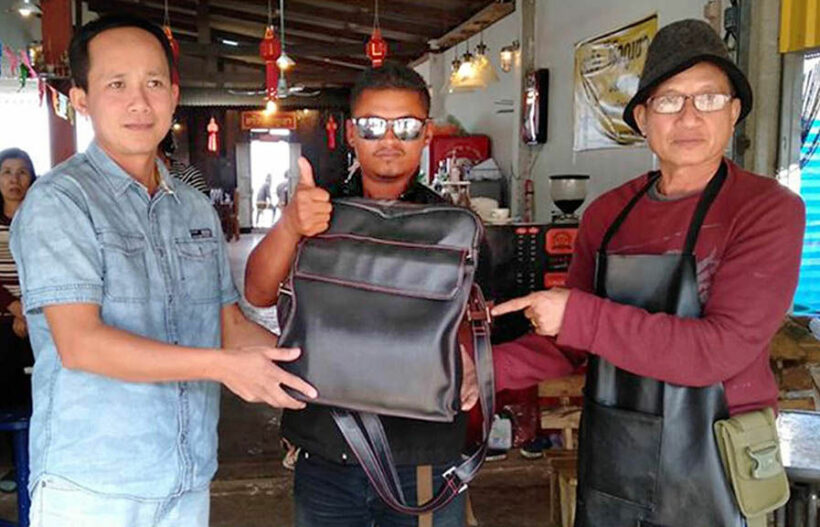 Imagine discovering you’ve left close to three quarters of a million baht in cash at a Thai restaurant. That’s exactly what happened to a tourist from Ubon Ratchathani on Sunday. Fortunately for him, the money was in good hands. Pariwat Thangtham was horrified to discover he’d left a bag with 700,000 baht in cash at a restaurant in Petchabun province, central Thailand.

Pariwat says he was “shocked” after discovering the money was missing. He’d planned to deposit the cash in a bank after returning from his trip.

He immediately sent a message to a Facebook page created to help tourists with just such situations, and the page’s administrator contacted the Mountain Tiger Restaurant in Phu Thap Boek, where had dined. The restaurant’s owner, Chakkrapong Plaichaiyaphum, assured him the money had been found and was safe.

He drove back to the restaurant to collect the money and commended Chakkrapong wholeheartedly.

“I really thank the restaurant from the bottom of my heart.”

Netizens and social media users also praised the restaurateur on the Facebook page after the story was posted.

“Kudos. He has done good things for Lom Kao district.”

Phu Thap Boek is a popular attraction in Petchabun province.

Killer in Lop Buri gold shop attack may be ex-military

Central Thailand woman battles snake that appears from the toilet