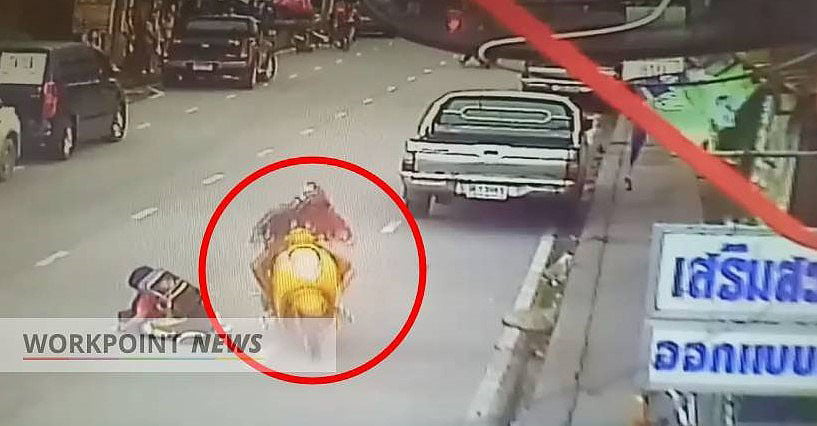 A 10 year old girl has been injured after a motorbike being ridden against the flow of traffic – a practice known as “ghost riding” – hit her and then drove off.

The early morning incident took place in Samut Prakan province in central Thailand as the girl waited to cross the road.

Facebook user Uthaiwan Permjit Tato posted a video of the hit-and-run on social media, including CCTV footage that shows the girl being hit by the bike and falling into the road.

The bike rider is seen to stop briefly, but then moves his bike past the girl without speaking to her and drives off.

Thai Residents reports that the child’s mother did not take her to hospital immediately as she could not see any serious injuries beyond minor wounds near the girl’s mouth and on her knee.

However, later that evening, the child began to complain of stomach pain and was taken to hospital for an x-ray. No further information is available as to the nature of her injuries.

The girl’s mother has filed a police report.