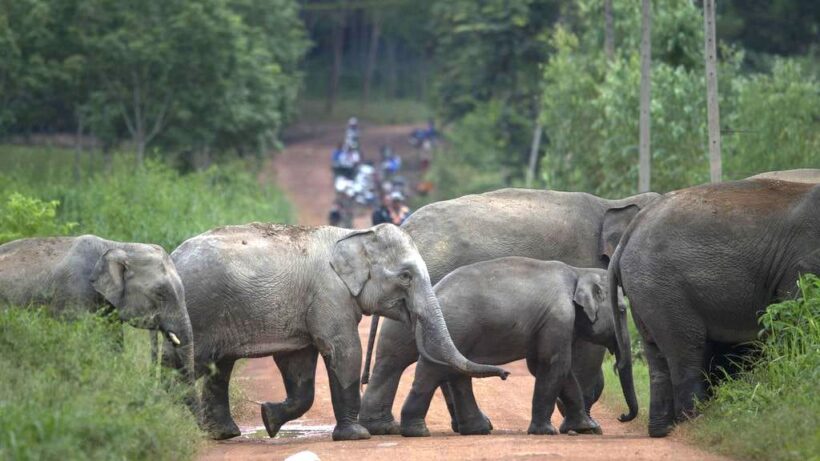 A wildlife official in Chachoengsao, east of Bangkok, has been found dead after being kicked and dragged by wild elephants.

Officials at the Khao Ang Rue Nai Wildlife Sanctuary in Sanam Chai Khet district revealed that one of their colleagues was found dead at 6am yesterday morning. The victim, 46 year old Manop Karasuk, was on the Monday night shift to watch out for wild elephants.

Manop was found about 100 metres away from his watch post where he was stationed and tasked with preventing them from leaving the wildlife sanctuary. There were signs that his body was kicked and dragged along the ground.

The officials said there are about 30 wild elephants in the area and they often came out at night to eat the crops of villagers. Officials were taking turn to guard the spot and to try and frighten them into retreating back to the forest.