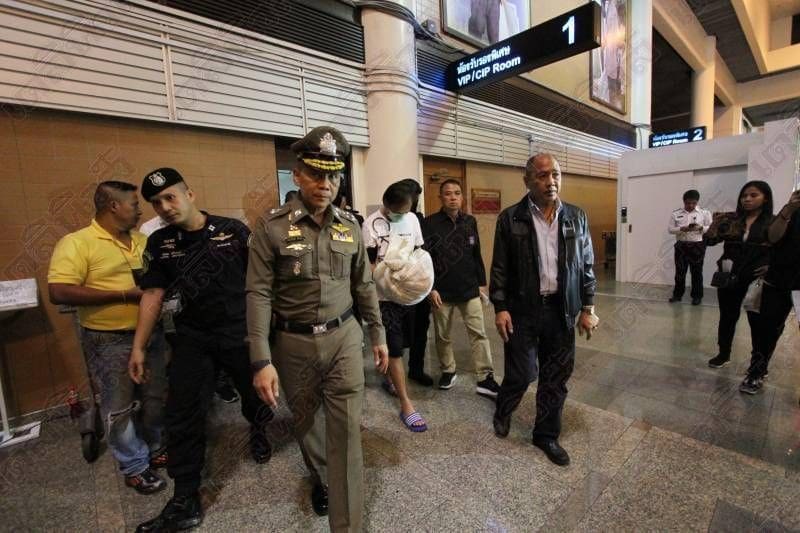 38 year old Chern Kwan Lin from Taiwan was about to board a flight to his home country at Don Mueang International Airport yesterday. But he never reached the plane.

The Taiwanese national was arrested with 7.2 kilograms of heroin hidden in prickly heat tins.

The drugs were concealed in 18 tins of Prickly Heat powder. Mr. Lin denies any involvement claiming he was paid 30,000 baht to take the powder back to Taiwan.

Police say the arrest was made after information was received from drugs suppression counterparts in Taiwan that a gang had a smuggling operation between Thailand and Taiwan.

Police say the arrest was the latest after several other smuggling attempts and that the drugs would be valued at 100 times what it cost in Thailand if it reached the streets of Taiwan.

Mr. Lin had arrived in Bangkok on a tourist visa on April 13. He was arrested in the departure lounge of Don Mueang Airport. His arrest led a further drugs suppression team to raid a hotel room in Soi Rang Nam in downtown Bangkok where Khai Lin Si, another Taiwanese, was arrested with an additional 8.8 kilograms of heroin.

The total seizure of 16 kilograms of heroin could be worth up to 500 million baht in Taiwan. 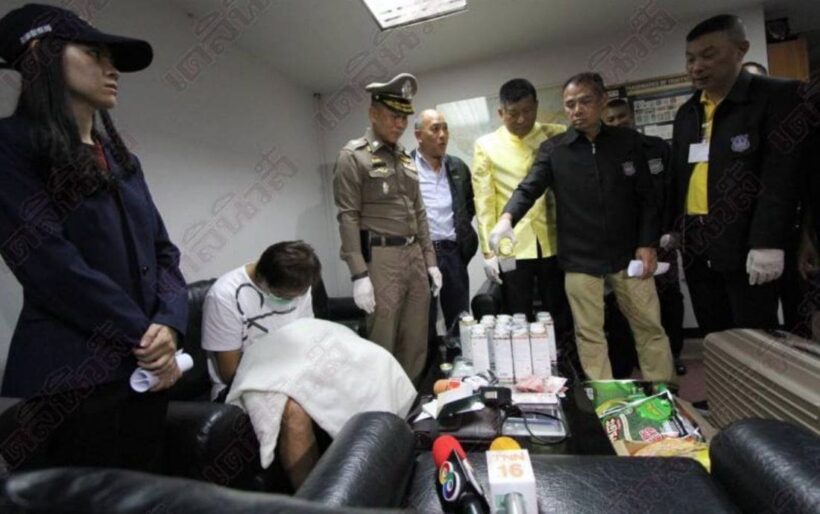 Bangkok luxury poised to push through the US$300 ceiling