Provincial Police Region 1 officers have arrested 3 people who have been charged with selling a large quantity of fake hand gel dispensers and face masks. The arrests were made in Samut Prakan (south of Bangkok), Pathum Thani (north of Bangkok) and Bangkok. The provincial police believe that all 3 suspects are part of a bigger network of distributors and retailers. 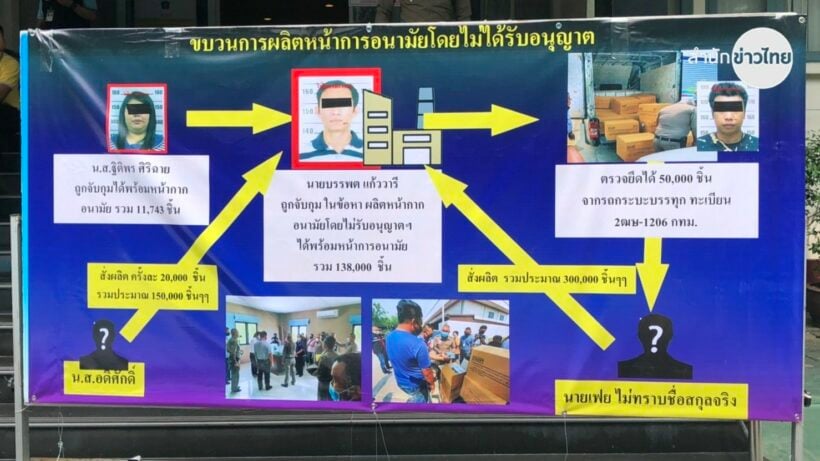 Police first raided a warehouse in Thanyaburi district of Bangkok and found 138,000 masks worth around 1.6 million baht. The warehouse allegedly belongs to Banpote Kaewwaree, who has been allegedly been receiving and selling the face mask in large quantities.

According to the police, Banpote has also told them he had more masks that were hidden in a container truck owned by Anat Khunchai. Anat has since admitted that he was hired by a man called ‘Fey’ to deliver the masks to the warehouse. 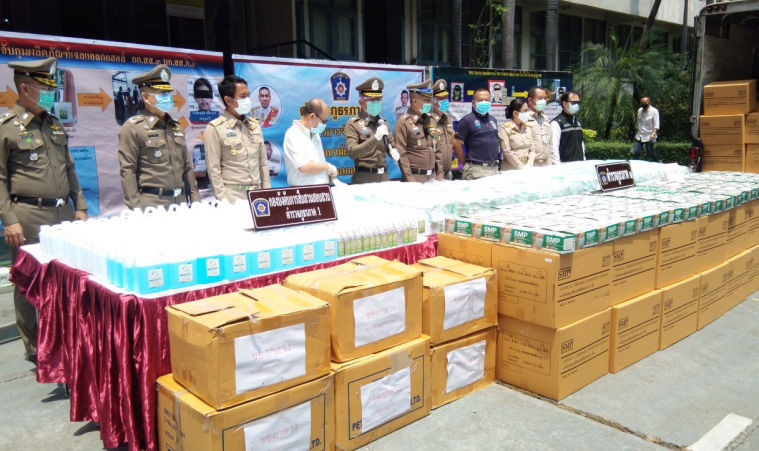 The second arrest was a woman by the name of Thitiporn Sirichai who was in possession of 11,745 face masks was found at a housing estate in the Phasi Charoen district of Bangkok. She was charged with price gouging. She told police she received the masks from a supplier in Pathum Thani.

In Samut Prakan, the third case, police arrested a man who allegedly sold substandard alcohol gel through his Facebook. Charnchai Wathichanont has been charged with false advertising and selling alcohol products without permission.

He was arrested at his home where police found plastic tubs containing 617 litres of the fake gel product marked with a label “70% alcohol”.