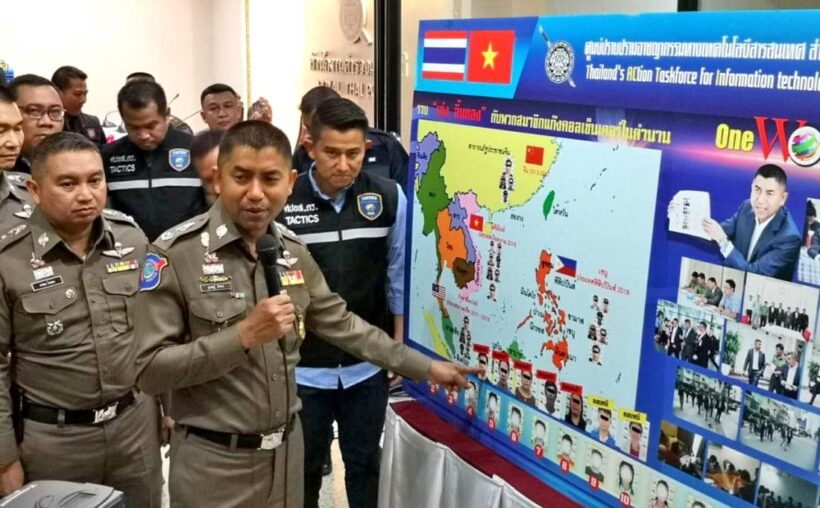 Police have arrested the alleged leader of a notorious call-centre gang, known as “Golden-tongued Keng”, and four members of the gang that operated in several countries.

Surachete says police tracked down and arrested 41 year old Natthawat Simbida, alias ‘Keng the Golden Tongue’, in Phetchabun’s Nam Nao district on Tuesday. He says Natthawat was an “idol” of call-centre scammers and got his alias because of his ability to persuade victims.

Thailand’s crime-killer says the gang was suspected of opening call centres to deceive Thais by operating in foreign countries. The gang operated from China, Malaysia, Philippines and Vietnam.