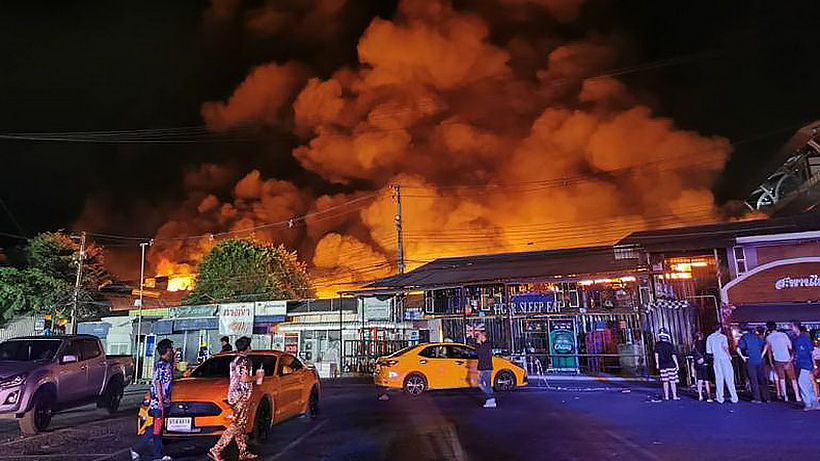 Most of the Ying Charoen market in Bangkok’s Bang Khen district reopened after fire destroyed about 160 stalls. Earlier estimates put the number at around 50 stalls. No injuries were reported. The blaze in the 30 rai compound reportedly began at a bakery at about 3am and quickly spread to nearby stalls. It took firefighters about 2 hours to control the flames.

Officials say about 200 vendors have been affected. They are being allowed to sell their goods in the market’s car park for the time being. About 10% of the market structure was damaged and remains cordoned off, as 70% of stalls reopened. There were about 1,500 stalls trading at the 65 year old market, the area’s oldest.

One of the structures damaged was a gold shop, whose owner estimated damages would exceed 1 million baht.