An old Bangkok market was reportedly damaged by a large fire early this morning, taking over 20 fire trucks and at least two hours to put out the blaze.

Ying Charoen Market, in Bangkok’s northern Bang Khen district, saw vendors fleeing the flames and taking their merchandise with them after firefighters were called to the scene at 3 am.  The fire, which took down the areas’ oldest market, reportedly left no injuries due to the market being closed at the time.  Investigators this morning are still trying to determine the cause of the fire.

A 33 year old market employee, said the fire destroyed about 50 stalls in a part of the market selling miscellaneous goods. The market, which is made of wood, has about 1,500 stalls in total. He said it was the first fire at the market in its 65 years of being open. 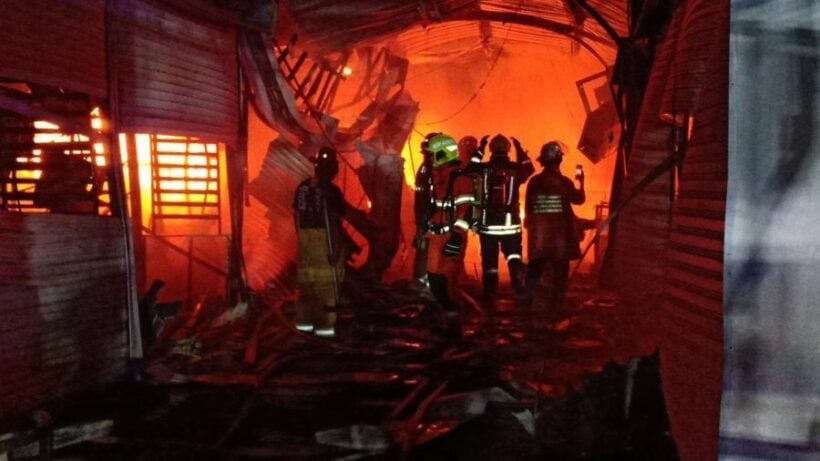 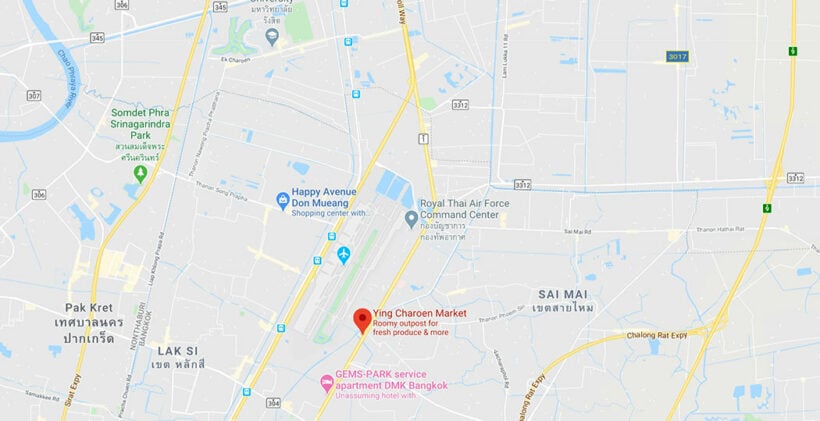