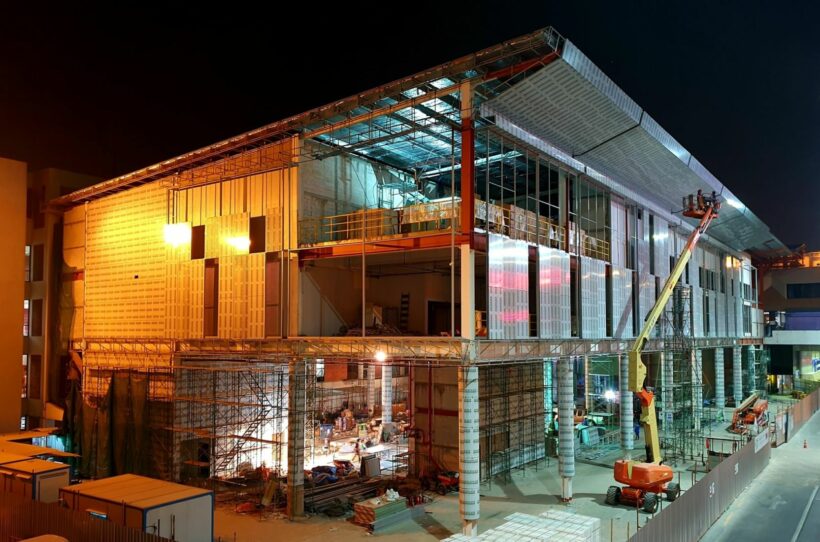 Don Mueang was the location of the one and only Bangkok international airport until Suvarnabhumi was opened in 2006. Don Mueang then became the defacto hub for many domestic and international budget airlines.

The new junction terminal plans will cover 100,000 square metres and include commercial space to boost the airport’s non-aviation income by 40% to 50%.

The new APM system will support the airport’s capacity to handle increasing passenger and should also ease crowding and congestion at the airport, which has been effecting traffic jams on the adjacent Vibhavadi Rangsit Road.

The AoT board has also approved the outcome of bidding for duty-free counters at Don Mueang airport. Winning the bid King Power Development will be operating the duty-free pick-up counters for 10 years and three months, from October 1, 2022 to December 31, 2032. (Surprise, surprise!)

According to a source, the development plan will be submitted to the Transport Ministry and the National Economic and Social Development Council for review before it goes to the cabinet for approval. Changes to the project will be included in the environmental impact assessment report. The bidding for the third-phase development project is expected to take place within this year at the earliest.

On another current matter, the board has also proposed relief measures to help airlines cushion the impact of the Covid-19 outbreak.  The proposed measures include a 50% cut in landing fees and parking fees for domestic flights and international flights from and to countries heavily affected by the virus outbreak. However, the proposal will have to be approved by the cabinet before it takes effect. Read more HERE.