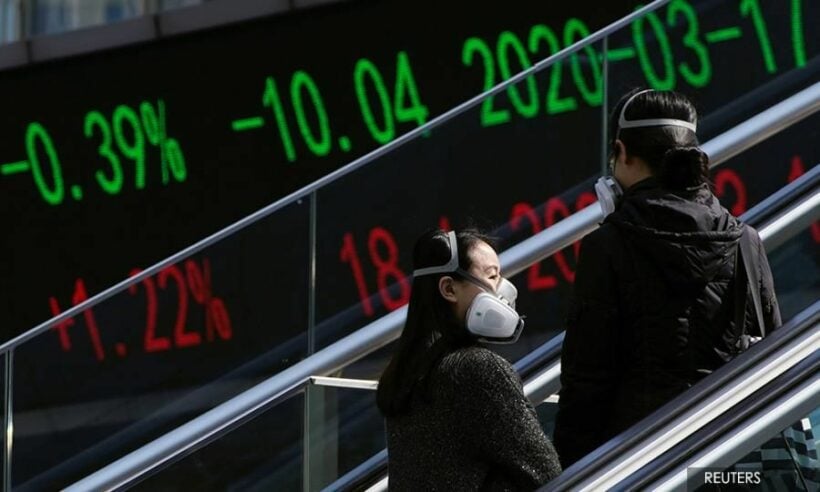 PHOTO: World markets are having a rocky time - Malaysiakini

Global stock and oil markets plunged around the world yesterday (Wednesday) as enormous sums of stimulus, thrown at fragile economies, failed to offset concerns that the worsening Covid-19 coronavirus pandemic will tip the global economy into recession.

The Dow Jones Industrial Average was hit by more brutal losses to finish below the 20,000-point level for the first time since 2017. During yesterday afternoon (US time), the Dow Jones index fell so much that it erased all of the gains accumulated under US President Trump’s administration, although it closed slightly above that key level. The FTSE100 has just been chugging along for the past few days (below). 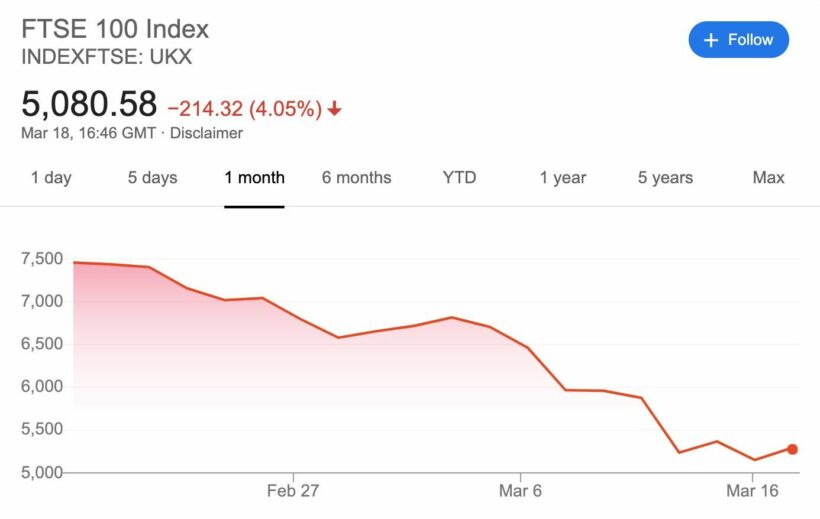 World oil prices continued to spiral lower with New York’s WTI crude plunging 24% to US$20.37 per barrel, its lowest in nearly 20 years.

Officials in Washington have been preparing a US$1.3 trillion stimulus package that will include deferrals on tax payments and loans for small businesses that are being decimated by the economic shutdown. They’re also mulling immediate cash payments of US$1,000 to all Americans. The US Department of Housing and Urban Development says they will provide relief to renters and homeowners by suspending all foreclosures and evictions until at least the end of April.

JPMorgan Chase have today speculated that US activity will shrink at least 14% in Q2, while Europe’s output would plunge 22%.

The moves by governments echo the US central bank interest rate cuts and pledges to make cash available to prevent a sudden collapse of financial markets.

The US$ has risen across the board, including against the Japanese yen which is usually seen as a safe haven investment in times of economic turbulence.

Sterling hit its lowest level against the US$ since 1985.

Some other currency comparisons today…