His Majesty King Maha Vajiralongkorn has expressed concern about the motorcades of Royal Family members inconveniencing public road users. Around Thailand, when a member of the Royal Family travels by road, the roads are routinely closed off and hundreds of police stationed along the well-planned route to hold off traffic until the motorcade has passed through.

Now HM The King has ordered the Royal Thai Police to come up with new rules for the royal motorcades that would prioritise public traffic and cause less inconvenience. Whilst there has been no ground swell of angst from the public over the Royal motorcade road closures, His Majesty has been proactive in relieving any potential problems as more traffic heads out onto Thai roads every day.

2 On the motorcade route, traffic lanes will be divided into a motorcade lane while the rest will remain public lanes, using dividers as traffic cones, lighting signs, intelligent signs, etc.

3 The lanes on the opposite side of the motorcade route will remain open as usual. If the road does not have a street island, dividers such as traffic cones will be deployed to ensure public safety.

4 Traffic lanes merging into the motorcade route at a junction will be open as usual, using traffic cones to guide traffic flow

6 At toll booths, only two rightmost lanes will be reserved for the motorcade, while the rest will be open to public vehicles. Traffic cones will be deployed on the left lanes to guide public vehicles into and out of the booths.

7 No one will be forced to change direction at junctions and crossroads along the motorcade routes. The public’s intention to use the roads in their original direction must be preserved as a priority

10 Police commanders of all levels must supervise the route administration in person and make sure to use suitable manners and speech when addressing the public to avoid causing them to feel being forced or limited in their transport routes. 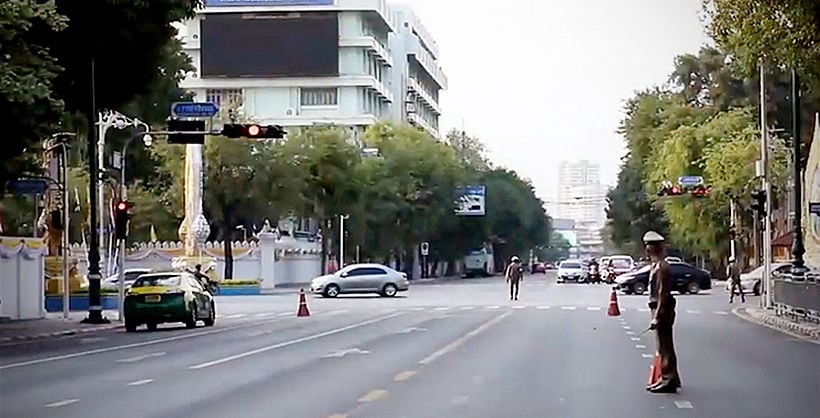 New upper and lower highway speed limits to be introduced