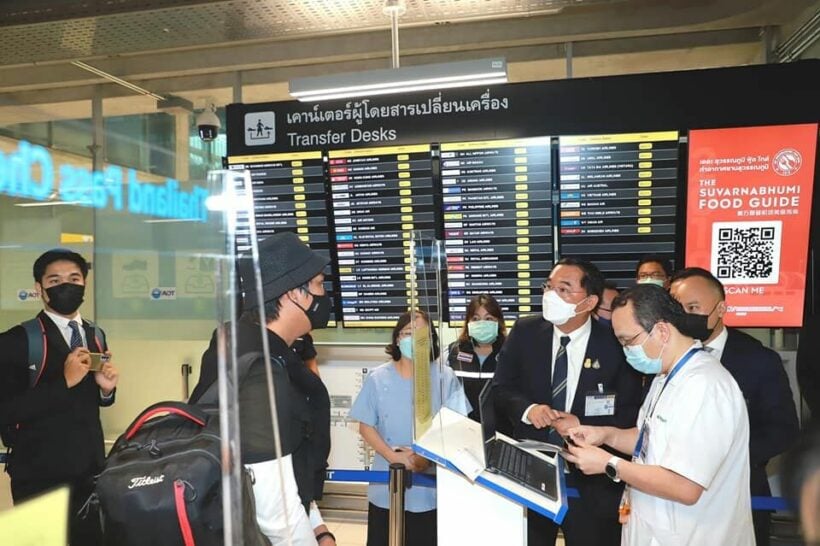 The government’s Covid-19 task force meets today to review the country’s entry requirements, with a decision expected on whether to ditch the day 5 PCR test. Under Thailand’s Test & Go entry scheme, overseas arrivals are required to take 2 PCR tests, despite already having a negative test result prior to departure from their home country. The first test is done on arrival at the airport and the second on day 5 of their stay.

According to a Bangkok Post report, Public Health Minister Anutin Charnvirakul has stated that the second – day 5 – test is up for discussion today. Anutin says the CCSA will consider a number of proposals in relation to Thailand’s entry requirements. One proposal is to ditch the day 5 test. Anutin says there should be no need for the test given that the Omicron variant is already so widespread in the local community and imported cases are relatively low.

Thailand’s tourism minister Phiphat Ratchakitprakarn has previously distanced himself from the day 5 testing requirement, calling for it to be scrapped by next month. He has suggested the PCR test could be replaced with antigen testing. Phiphat is not alone in wanting the day 5 test gone, with numerous tourism operators across the south and east of the country, as well as the Thai Hotels Association, calling for it to be ditched.

They say the government’s insistence that foreign visitors submit to repeat PCR testing is adding unnecessary expense for travellers and is an extra burden on hotel operators. Various tourism associations have questioned the need for the second test when the number of infections reported locally is already significantly higher than cases found through day 5 testing.

Thailand News Update | Will Thailand scrap 2nd test for the Test and Go?