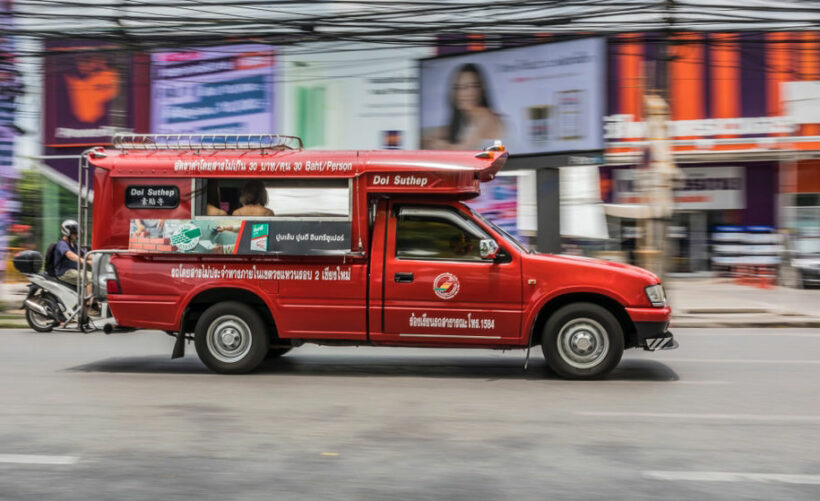 Chiang Mai’s Grab vs traditional public transport continues. The issue has simmered for two years with occasional outbreaks of violence and an ongoing war of words on social media.

Thai PBS reports that the spat has become a major problem again between the public Red Song Thaews  and Grab Cars in the northern city.

On the one hand members of the public are finding Grab more convenient, personal and better service. While the Red Bus drivers are complaining that their income is dropping, by more than 50% in some cases.

The Department of Land Transport and airport authorities reported 344 Grab drivers had been fined for picking up passengers at Chiang Mai airport since January 1.

Speaking to Thai PBS, students said Grab was much better and provided a personal service often at only a small increased cost.

“It goes to exactly where we want and is quicker than waiting for a Red Bus.”

One student even claimed they had been dumped so that the Red Bus driver could pick up tourists – a more lucrative kind of passenger.

The deputy of the local Red Bus association Bunreuang Wangmee said his organisation represented 2,465 members. While he admitted that some overcharged most kept to the 20 baht to 30 baht charges. He claimed that meant they were better value than Grab Car.