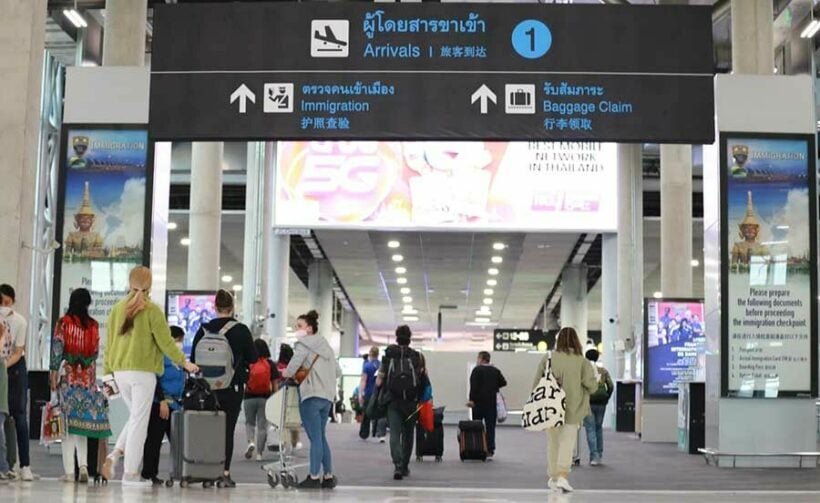 Thailand’s Public Health Minister wants to get rid of the Thailand Pass. But don’t get too excited, Anutin Charnvirakul is proposing scrapping it for Thai returnees only – at least for now. According to a Bangkok Post report, the health minister says he will submit the proposal to the Centre for Covid-19 Situation Administration.

However, when asked whether the emergency decree should also be revoked, Anutin says this is a matter for the PM to decide, adding that he personally sees no problem with keeping it, in order to support existing disease prevention measures.

Officials continue to praise the seemingly more convenient Thailand Pass process, now that a requirement for PCR testing on arrival has been lifted. Dr Sumanee Wacharasint from the CCSA says that between April 29 and May 4, 213,958 travellers registered on the system, with 94.8% approved. She adds that Thailand’s daily new infection rate continues to ease and the number of patients hospitalised with severe Covid-19 symptoms is also falling.

According to government spokesperson Traisulee Traisaranakul, Anutin has been monitoring Thailand’s Covid-19 situation following the Songkran holiday and noted that daily new case numbers continue to drop. Traisulee says this looks promising for declaring the virus endemic in the kingdom. To that end, Anutin has instructed his ministry to work with colleagues in the transport and tourism ministries to devise plans for the country’s economic recovery.

Yesterday, Thailand reported fewer than 10,000 new Covid-19 infections for the fourth day in a row. The death toll is also the lowest reported since early March. While the 9,790 new infections reported yesterday are slightly higher than the 9,288 reported on Wednesday, Covid-related deaths dropped to 54 yesterday, from 82 reported the day before.