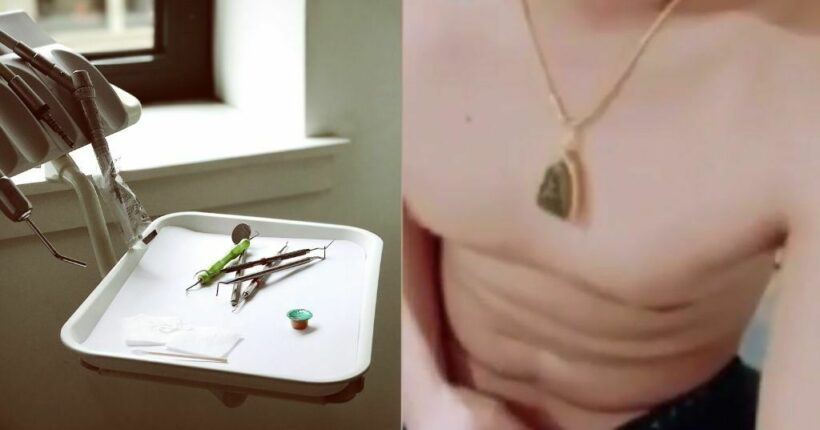 Photo by Jon Tyson via Unsplash

A “celebrity dentist” who is famous on Thai TikTok, now stands accused of sexual assault after 2 female teenagers file a complaint saying he made a video call and masturbated in front of their faces.

13 year old and 17 year old teenagers contacted a local news page to ask for help. ‘อยากดังเดี๋ยวจัดให้ รีเทริน์ part 3’ revealed on their private blog that a celebrity dentist would lure female teenagers into using his service and ask for personal contact if the teenagers looked pretty. He would then continue convincing the teenagers to open their phone cameras and show him nude footage. The page made the accusations about the dentist, claiming he did it several times, but no one dared to report it until these 2 teenagers contacted the page.

The teenagers said they were shocked but thought they had to record a video as evidence. They said they were scared that this dentist would do the same thing to others and decided to ask for help from the private news page.

Yesterday, Thai media visited his clinic in Bang Yai area of Bangkok, but the staff said the dentist hadn’t come to work yet. The family of the 2 teenagers informed Thai media that the teenagers were very depressed and scared of being threatened again.

The family would visit the police station to file a complaint and let the police investigate the incident.

The incident follows 2 months of revelations of sexual misconduct and abuse directed at Thai women by powerful or successful, professional Thai men. The Thai #MeToo movement has gather apace, challenging cultural ‘norms’ in Thailand which had swept many of the incidents under the carpet in the past.

Read more about these issues HERE.

Fanta
13 minutes ago, Thaiger said: The family of the 2 teenagers informed Thai media that the teenagers were very depressed and scared of being threatened again. After they tracked him down to gather evidence to submit to the police. Right…..
Ramanathan.P
This is the problem when the sizes are surveyed and published as some wanted to prove that the survey results are skewed....

PapayaBokBok
makes u wonder what he does with patients he puts under with gas... as for the guy guess he wasnt aware of thai penal codes!
HiuMak
sick