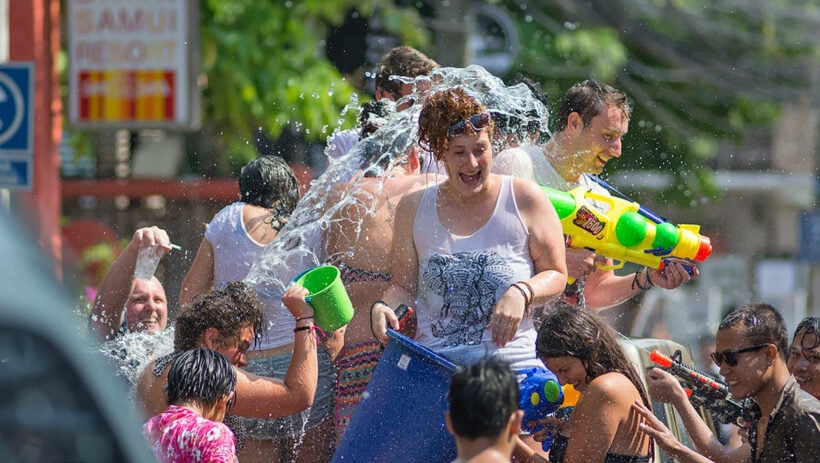 PHOTO: Will we have enough water for a nine-day Songkran holiday? - ArtzSamui

With the impact of the coronavirus cutting deep into the Thai tourism industry, and tourism accounting for around 18% of the Thai GDP, the government are eyeing some additional public holidays to boost spending and activity.

The Thai PM announced yesterday that the government is considering adding two public holidays to the annual Songkran festival. Songkran, the Thai new year celebration, is held on April 13 every year. A full nine days are being considered for this year’s celebrations, but the PM said cabinet was yet to come up with the details.

“The final decision has not been made yet.”

This year the Songkran break would start on Monday, April 13 through to Wednesday, April 15. If you add the weekend preceding the holiday, you already have a five day holiday.

The Bangkok Post reports that Deputy PM Somkid Jatusripitak came up with the idea of extending the Songkran break this year to also include the Thursday and Friday as well, making it a total of nice days (from April 11-19).

“The long period will encourage more people to travel and spend money to give the tourism industry a boost after a sharp drop of tourist numbers from China.”

But the extra two days won’t come for free. Two public holidays in the second half of the year might be cut to compensate them if the plan to extend Songkran is approved.

The coronavirus (Covid-19) outbreak, which started in China during December last year, continues to take a toll on Thai, and international, tourism as people avoid travelling. China banned tour groups in the middle of January as part of measures to contain the virus.

Chinese tourists are Thailand’s largest tourist demographic accounting for some 25-30% of all arrivals.

The next question is if the the drought-stricken parts of the country would be able to survive a nine-day water splurge! Songkran is a celebration of the end of the annual dry season and a welcoming of the wet season rains.