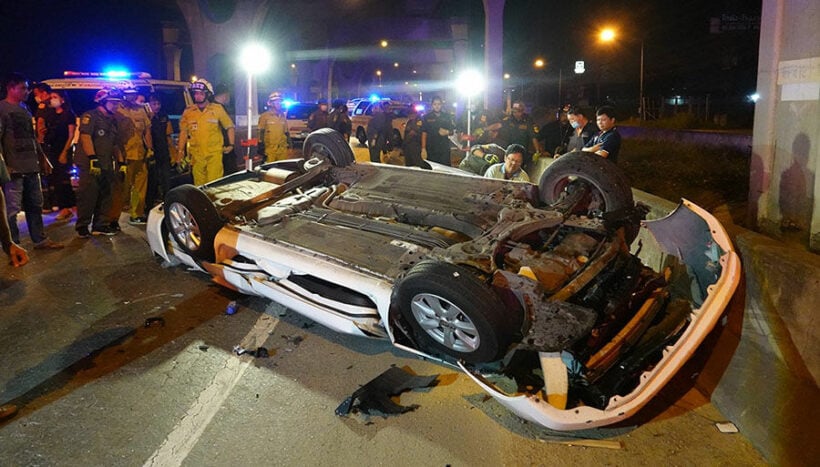 A 30 year old man has died, after the car he was driving crashed into a barrier and then plunged off an expressway, landing on its roof on the road below. Nation Thailand reports that the incident occurred on the Burapha Withi (Bang Na) Expressway, in the central province of Samut Prakan, just after midnight last night. The man has been named as Sawat Charnlekha.

Police and rescue workers arrived at the scene to find a white Nissan Almera on its roof on Debaratna Road. The roof was completely crushed by the force of the car falling from the expressway above and rescuers had to use metal cutters to retrieve the victim’s body, which was sent to Chakri Naruebodindra Medical Institute, where an autopsy will be carried out.

Several witnesses say the car was being driven along the expressway at high speed, when it lost control, slammed into a barrier, then flew off the expressway and landed on the road below. Police are reviewing CCTV footage of the incident as part of their investigation.