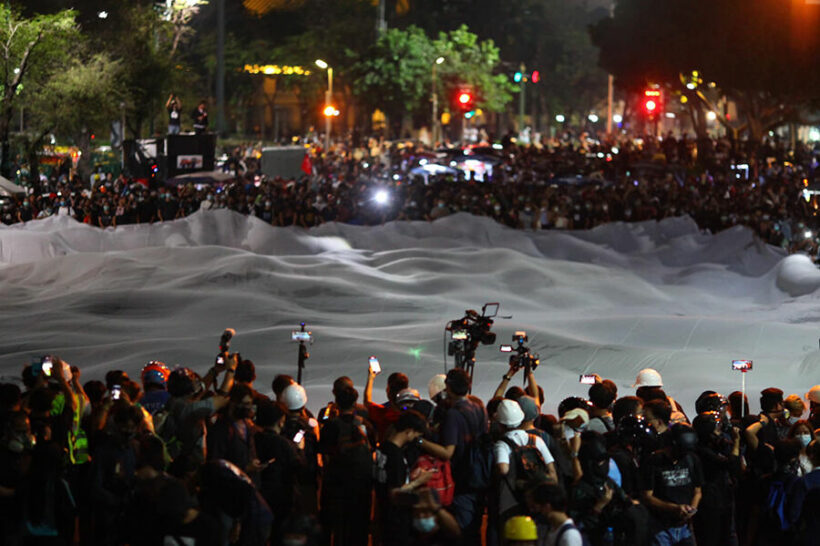 The 6 organisations that represent Thailand’s media have issued a joint statement, calling on all sides in the current political conflict to show restraint. The statement comes following ugly scenes at Saturday’s anti-establishment protest in Bangkok. At least 33 people were injured near Sanam Luang, including police officers and journalists. Police officers used tear gas, water cannon, and rubber bullets in an attempt to disperse activists who were allegedly attempting to dismantle barriers preventing them from reaching the Grand Palace.

According to a Thai PBS World report, the 6 organisations state that they oppose any form of violence, while stating that, under a democratic system, people have a right to peacefully protest without being confronted with weapons or the use of force. The statement calls on the authorities to clearly inform protesters and media representatives in advance of the action they are about to take to disperse protests, so that violence can be avoided.

The statement also calls on media organisations to follow the guidelines for working in such situations in order to avoid being injured or killed, or having their equipment or vehicles damaged. They urge media agencies to guarantee the safety of staff members and to ensure they have adequate protective gear. They also say reporters at protesters should adopt arm bands that clearly show they are from the media, while still assessing whether or not it is safe to attend such rallies.

Following Saturday’s violent clashes, protesters and a number of academics have criticised the police response, calling on all sides to use peaceful means to resolve their differences. Meanwhile, the police have defended their actions, accusing protesters of resorting to violence first.