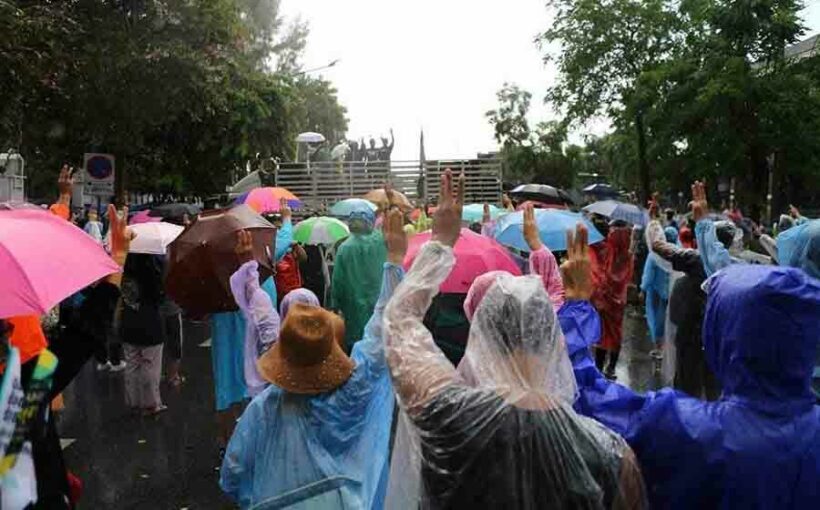 A new order has been published in the Royal Gazette banning all mass gatherings, including rallies, protests, and assemblies. The order was published last night, ahead of planned anti-government demonstrations in Bangkok this weekend. The order is being implemented under the Emergency Decree, which has now been extended 13 times since its introduction in March 2020. According to a Pattaya News report, the new order stipulates an increased jail sentence of 2 years for anyone found to be in violation of the law.

The government denies the order is politically motivated, insisting it is aimed at preventing the spread of Covid-19. Government critics and pro-democracy protesters beg to differ. Political activists have taken to social media to say they will not be dissuaded and that this weekend’s protests in the capital will go ahead in the form of what they say will be the biggest car mobs to date. Protesters have recently employed the tactic of car mobs as a way of observing social distancing and a law that bans gatherings of more than 5 people.

However, the government insists that car mobs are also in violation of the emergency decree, pointing out that the public is being asked to stay home and avoid non-essential travel in order to curb the spread of the virus.

Anti-government protesters continue to call for the resignation of PM Prayut Chan-o-cha due to what they describe as his mismanagement of the pandemic, which currently sees Thailand in the grip of the worst wave of the virus since it started early last year.

Poolie
35 minutes ago, MikeW said: The comment was sarcasm in reference to the comment by the government official that the crowds at the vaccination site was because of the camera angle  Oh was it?
Stardust
3 hours ago, Poolie said: So 200 people un-vaccinated isn't risky? I'd say it is. Incompetent government that destroy the country and mismanagement of vaccines is much more dangereous! Most people will die because of that and loose their businesses…
Stardust
On 8/4/2021 at 11:30 AM, Poolie said: True, who wants to 'protest' when there's nothing to eat? Oh Honecker thought that,too. A few weeks later he flee to Chile. I was in Germany at that time of the Revolution and…