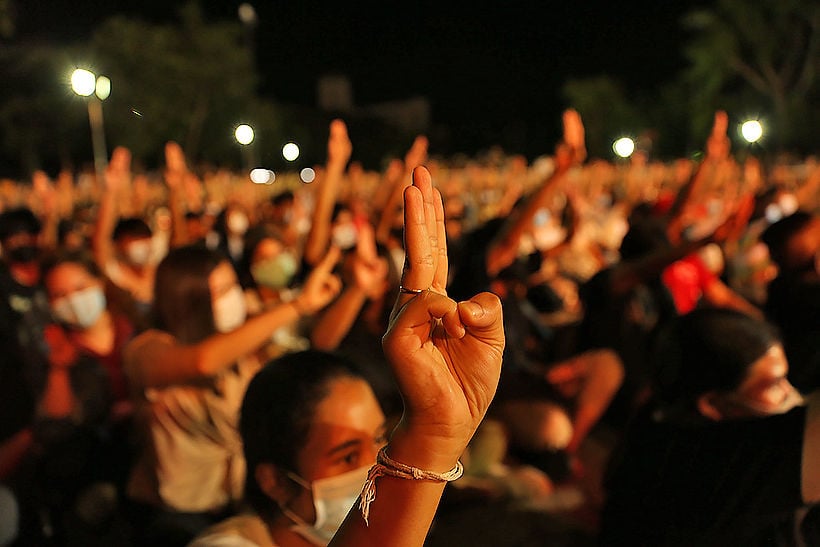 Yesterday, leaders of the student movement Free Youth submitted their now-infamous 10 point manifesto on reforming the Monarchy to a House committee for consideration.

Panasaya Sitthijirawattanakul, a leader of a group calling itself the United Front of Thammasat and Demonstration, forwarded the 10-point manifesto, which was compiled at a demonstration on August 10 at Thammasat University, to Move Forward Party MP Padipat Suntiphada, chairman of the House Committee on Political Development, Mass Communications and Public Participation.

Padipat said the committee invited 4 student groups to a meeting yesterday to listen to their opinions on political issues such as the proposed rewrite of Thailand’s Constitution and the establishment of a charter drafting assembly. The groups included the United Front of Thammasat and Demonstration, the Free Youth group and a pro-monarchy group of vocational students. Padipat urged all sides to listen to students’ opinions without bias.

“Even though we may not agree with them, we must listen to their reasons with respect.”

Panasaya said the group wants to reform the monarchy and the government should consider their 10 demands.

In a related story, 2 leaders of the Free Youth group, identified as Ford Thatthep and James Panumas, were arrested and taken to Bangkok’s Samranrat station yesterday on 7 charges, including sedition. They were later taken to the Criminal Court to be detained.

Police have issued arrest warrants for 15 leaders of an anti-government protest on July 18 at the Democracy Monument. As of today, 13 of them have already been arrested. The commissioner of the Metropolitan Police Bureau says police are gathering evidence to see if protesters at another rally on August 16 in Bangkok breached public gathering regulations. If the protesters are found to have violated the law, police will issue warrants to summon them.

In another Bangkok protest, which took place on July 20 in front of the army headquarters on Ratchadamnoen Road, Anon Nampa, Suwanna Tanlek, Parit “Penguin” Chiwarak and Piyarat Jongthep earlier presented themselves at Nang Loeng station to hear the charges they face.

The charges include sedition, illegally accessing computer system data related to national security, violating the Emergency Decree and Communicable Disease Act and using loudspeakers to promote their cause without a permit.

Meanwhile PM Prayut Chan-o-cha issued his most ominous warning yet to protesters seeking his ouster, saying they are driving divisions that could cause the collapse of the nation.

“If we want to overcome each other politically, the nation will collapse. If that happens, just wait — everybody will be on fiery land, engulfed in flames.” 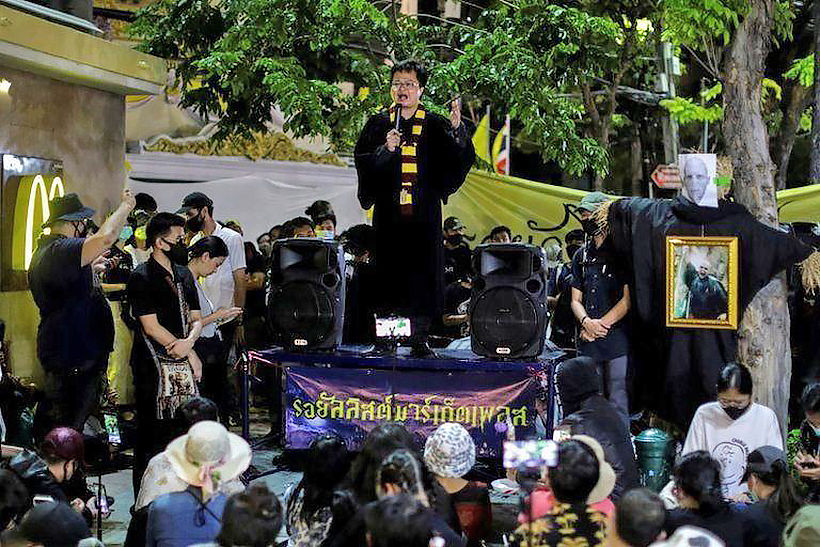 PM warns that ongoing political protests will cause nation to collapse