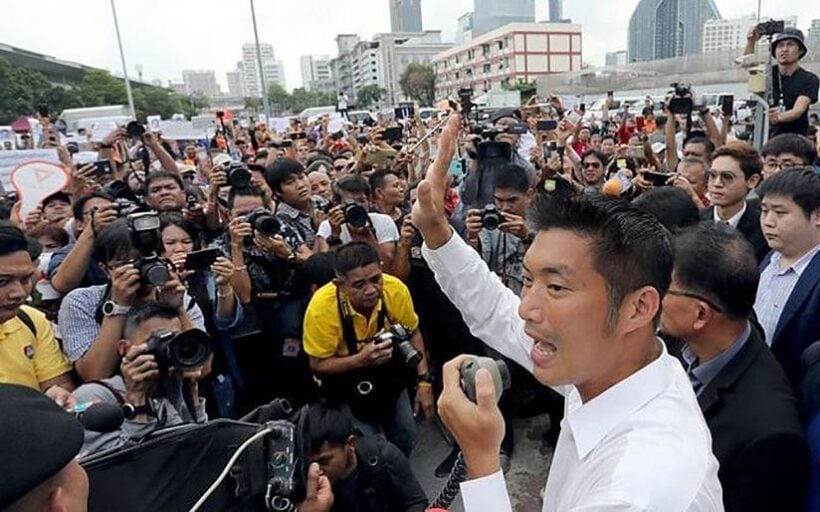 Hundreds of supporters gathered around the Pathumwan police station this morning as Future Forward Party leader Thanathorn Juangroongruangkit handed himself in to police to face sedition charges.

Barriers were placed around the police station and 620 policemen were deployed to control the crowd.

When Thanathorn arrived at 10am he used a megaphone to thank his supporters who had been waiting for him to show up since early morning.

As well as the supporters, 12 representatives from 10 countries, including UK, Finland, US, France, Netherland and Canada, were at the scene to observe the situation.

Thanathorn asked his supporters to stay calm and not push inside the police station. When he walked into the police station, representatives of the foreign embassies shook his hands in a show of support, a clear signal to the ruling Junta that the situation is being watched and acknowledged by the world. 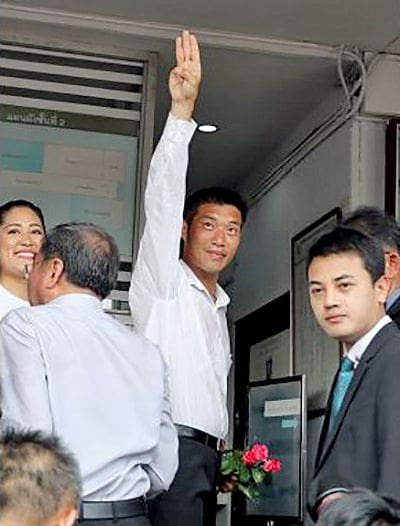 The supporters shouted “Thanathorn fight on” and many carried signs that read “#Save Thanathorn”.

Thanathorn also turned to his supporters and flashed a three-finger sign, a sign of rebellion against dictatorship from the Hunger Games, to the cheers of his supporters.

His party, Future Forward, came in a close third in popularity on the March 24 election, just behind the Palang Pracharat party and a long way ahead of traditional ‘loyalists’ The Democrats. 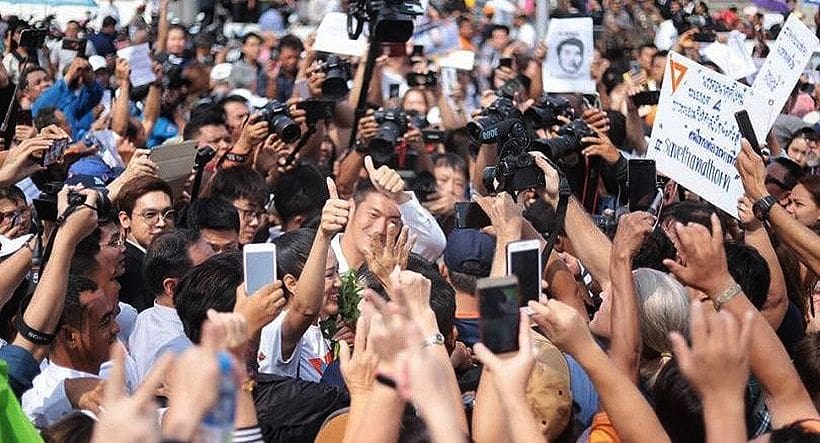 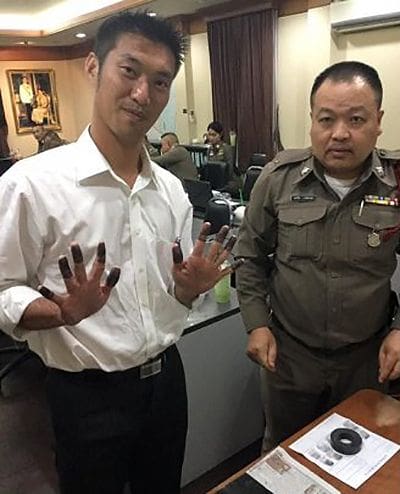 Six arrested for drug use after raid on illegal Bangkok pub