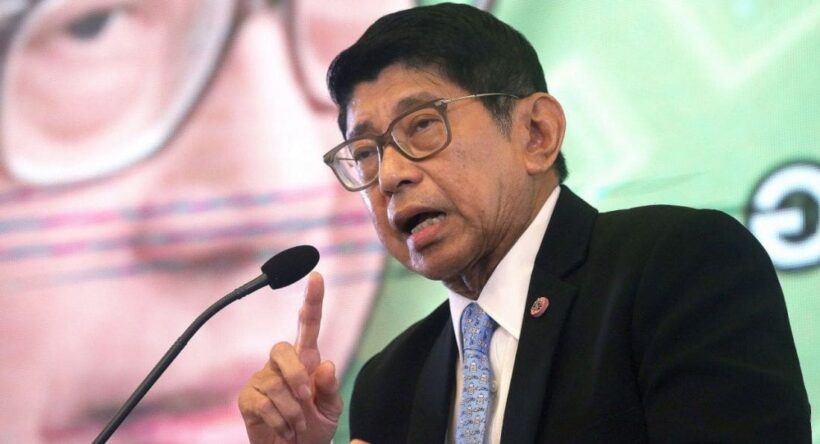 “The final seat tally is subject to change since the commission has only announced 95 per cent of the voting results.”

Deputy PM Wissanu Krea-ngam has called Wednesday’s announcement of a Pheu Thai-led coalition preparing to form a government merely psychological strategy that will not bear fruit.

“The truth will be known after May 9 when the Election Commission endorses all of Sunday’s poll results,” Wissanu said soon after the anti-junta bloc of seven parties held a press conference.

The bloc claims to have “at least” 255 seats in hand to start building a government.

Wissanu also noted that some MPs could be issued “red or orange cards” over electoral violations, and would affect their parties’ seat counts.

“So, nothing is certain,” he said.