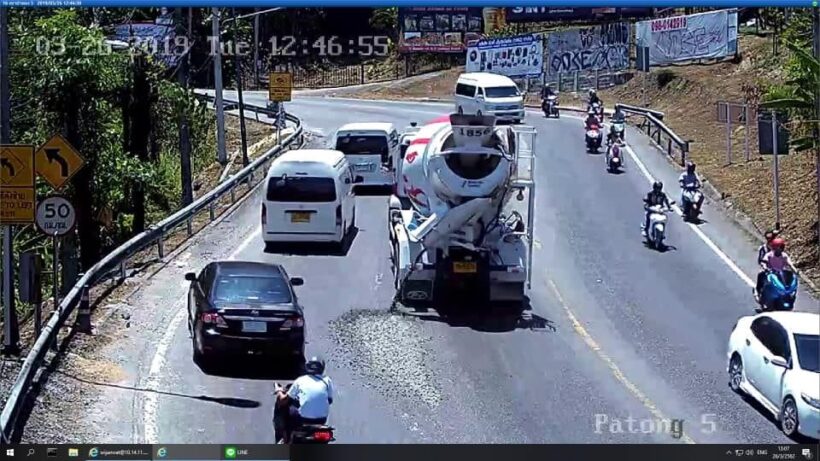 A Phuket-based cement truck company has been fined after the truck dropped cement as it was climbing Patong Hill yesterday afternoon.

The CCTV footage shows the incident when the cement truck was going up on Patong Hill and dropping cement on the road along the way. The incident was reported by Kathu Police.

The cement company manager today has been fined 10,000 baht by Kathu Law Enforcement officers for dropping cement on the road.

Workers had to be called in to clear away the dried cement and wash the road. 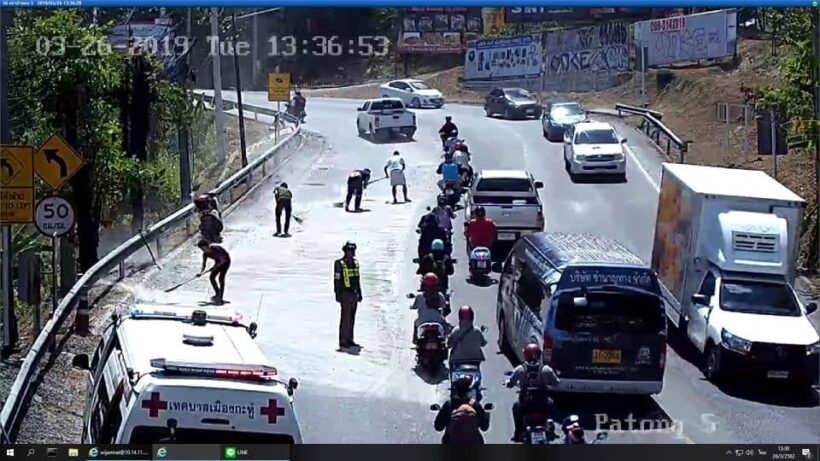 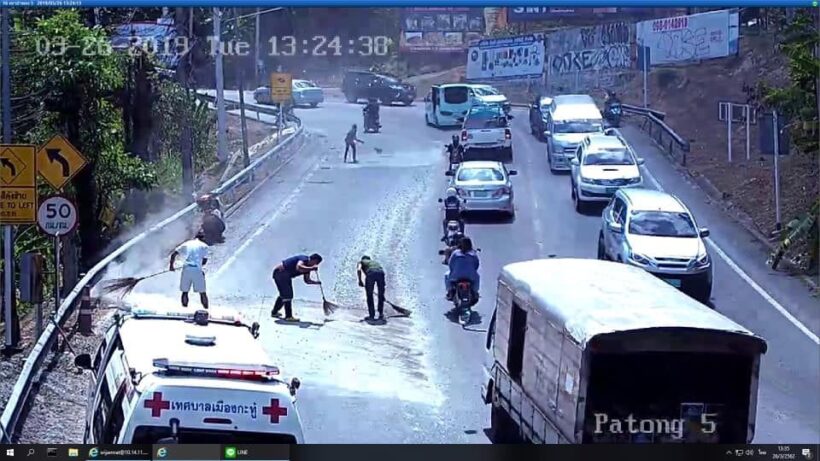 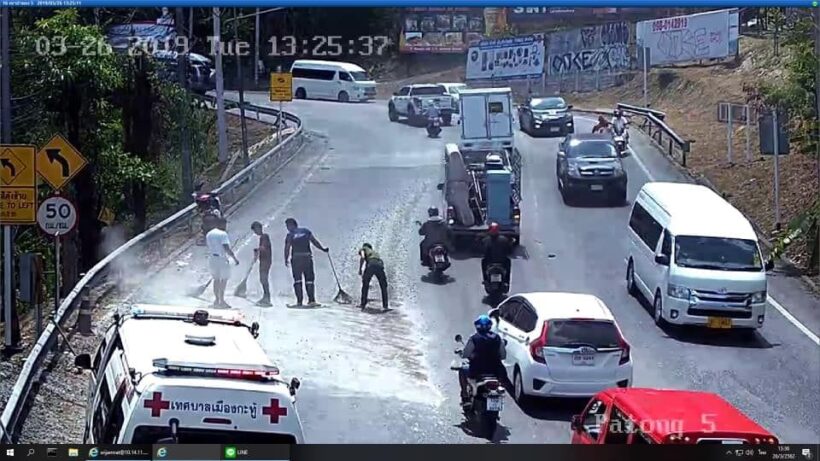 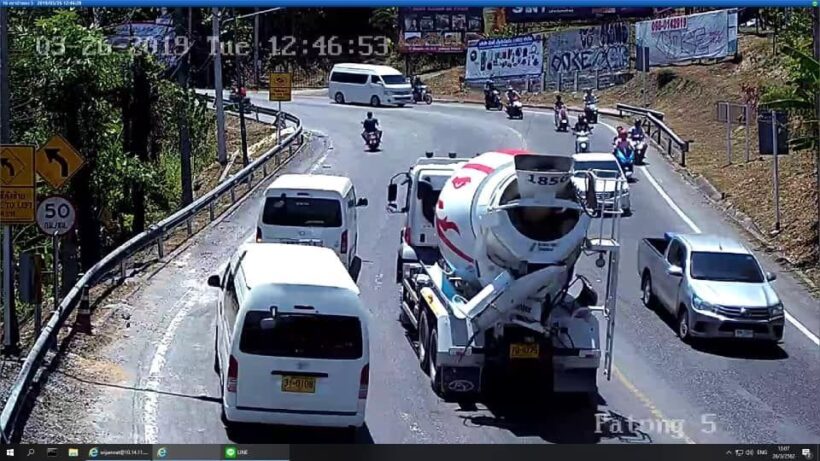