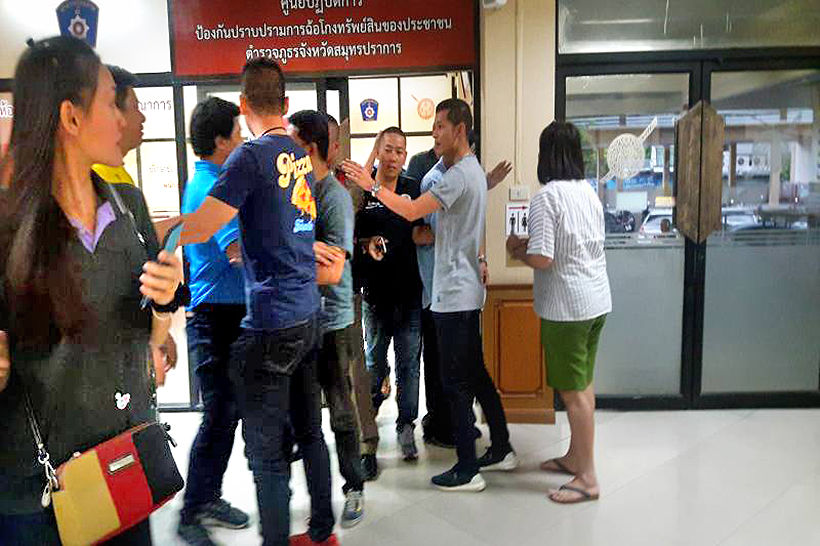 PHOTOS: Relatives of the victim try and attack the suspect – Daily News

A driver working in Bang Na allegedly abducted a woman at gunpoint and forced her to drive to a ‘short time’ hotel. 33 year old Kasira, a cosmetic sales employee, was sitting in her car doing her makeup in the car park of Central Bang Na preparing for a meeting with a customer.

Quick thinking from the victim likely saved her from rape. The driver was in custody shortly after the incident.

Daily News reports that a “fat” man dressed in blue driver’s uniform opened the back door of her car, sat on the back seat and put a gun to her head. He ordered her to drive to a short time hotel to have sex with her. Terrified, she started driving towards the “First Inn” but found it had shut down. The woman and her attacker then headed to the “Heart Inn” on Sri Nakharin Road.

As she was reversing into a car space in front of the hotel she deliberately went crashed into a table and chairs to attract the attention of the hotel staff. She then jumped out of the car and ran.

The assailant leapt out of the back of the car and jumped into the driver’s seat and drove off. Hotel staff contacted the police who studied CCTV and identified his uniform as a driver at The Nation building on Bang Na – Trat Road.

The building was staked out and an alert put out for police to look out for a white Toyota Vios, the woman’s car. The man soon arrived back at The Nation building in a taxi and was arrested and taken to the police station.

Relatives of the victim headed to the station and tried to attack him forcing police to move the interview with the man to an upstairs area.

The suspect has been was identified as 47 year old Thakoon In-rung who identified himself as a driver for executives who worked in the building.

He said he was filling in time at the Central car park and saw an attractive woman in a car with the driver’s door open, explaining to police that he became “sexually aroused”. He admitted jumping in the car and putting his 11mm gun to her head and ordering her to drive to the hotel for sex.

He has been charged with abduction, menacing and threatening behaviour and theft, and remains in custody pending a court appearance. 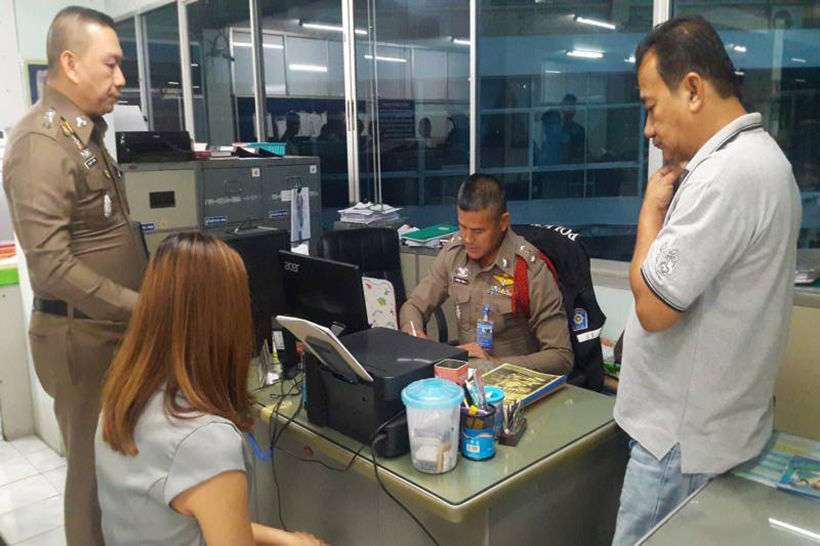 Indian man frisked in Soi 6 by group of ladyboys

Chachoengsao woman sets herself on fire after divorce