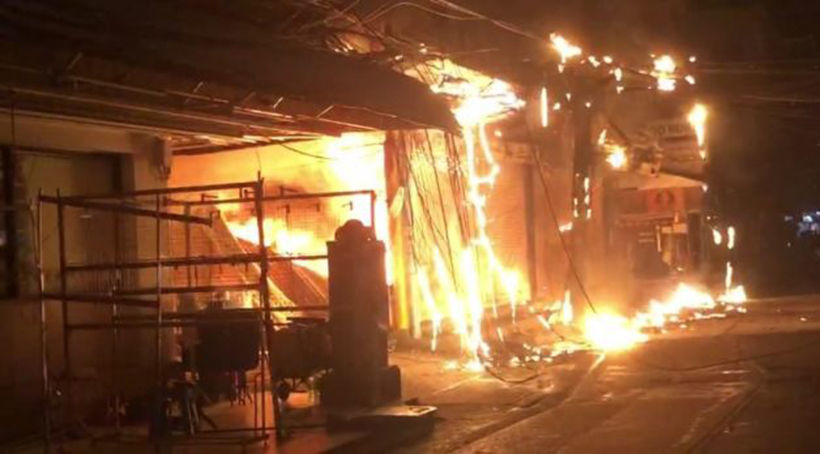 Whilst small explosions were going off around Bangkok last Friday during the peak hour between 7-9am, there was also a fire reported in the Pratunam area, famous for its clothes markets and popular with locals and tourists. At this stage police believe the fires may be part of the wider blast incidents on Friday morning.

Read some of The Thaiger coverage HERE.

Police say the five individuals were seen entering a cloth shop in the roadside market at 11am on Thursday and leaving without making any purchases. Police note that all five were wearing face masks.

The fire burned down stalls on Soi Petchaburi 19 in Bangkok’s Ratchathewi district and there were smaller fires set off simultaneously around the same area.

Investigators found a circuit board at the original shop, called Hop, while another circuit board and timer were found at a shop called Pui. This evidence prompted the police to suspect these fires were linked to the bomb blasts, which were also detonated using timers.

The investigations continue into the incidents police believe were timed to coincide on the final day of an ASEAN conference being hosted in the capital.

Police have spoken to a number of suspects and currently have two men from southern provinces in custody over the placement of a ‘fake’ bomb on the steps of the Royal Thai Police headquarters late on Thursday evening. 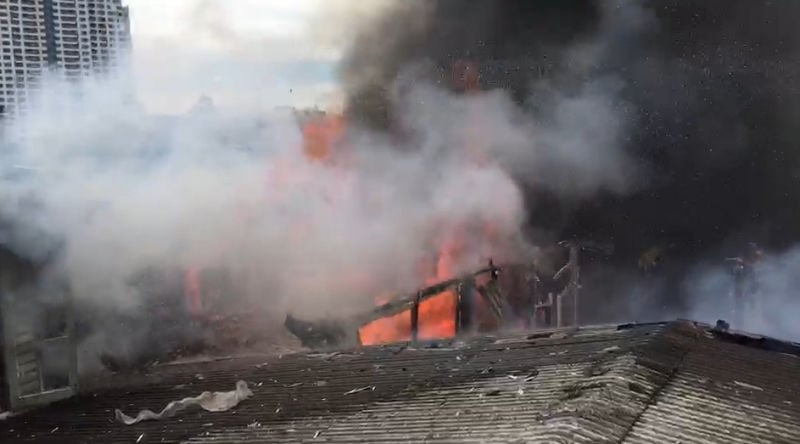 ATM destroyed in front of University in Pattani, police looking for 10 suspect attackers