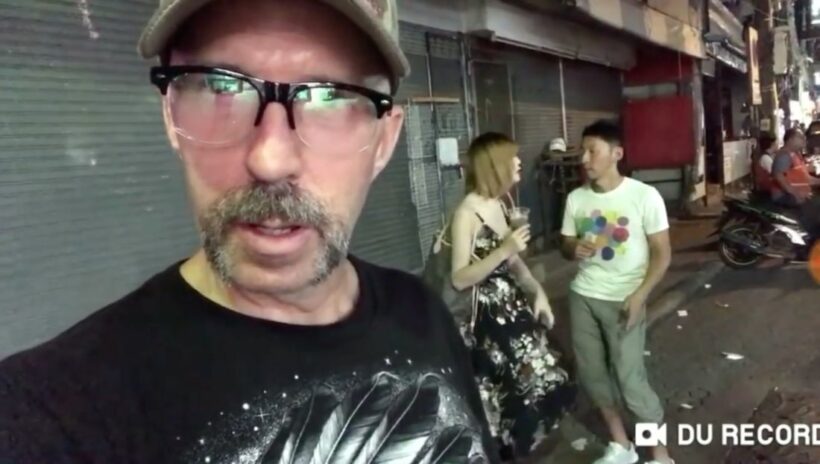 SCREENSHOT: “Chuck Wow” in full narrative, just before being attacked

A North American amateur ‘vlogger’ filming in Walking Street, Pattaya, has ended up annoying the locals and being attacked with his camera rolling.

The video begins with “Chuck Wow” commenting on the body size of a prostitute standing outside a 7-Eleven in a stream-of-thought narration.

“That girl is all kinds of chunkiness”. 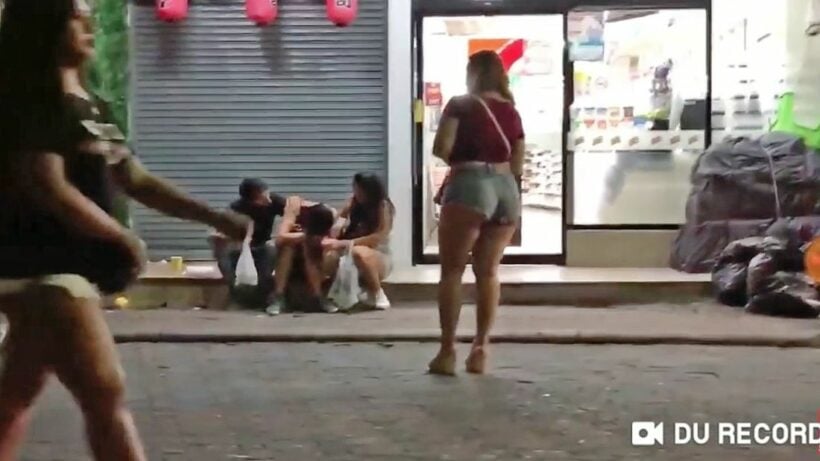 His sneering narrative continues and then moves on to secretly film a man who propositions a lady.

“Oh my god, this is disgusting.”

Some locals decide to stand in his way to disrupt his secret filming. Then a foul-mouthed altercation with an angry motorcycle taxi driver begins. When he once again refuses to stop filming an attack occurs.

Most people in social media say he got what he deserved. What do you think? Comment on our Facebook page. The fate of the man has not been revealed.