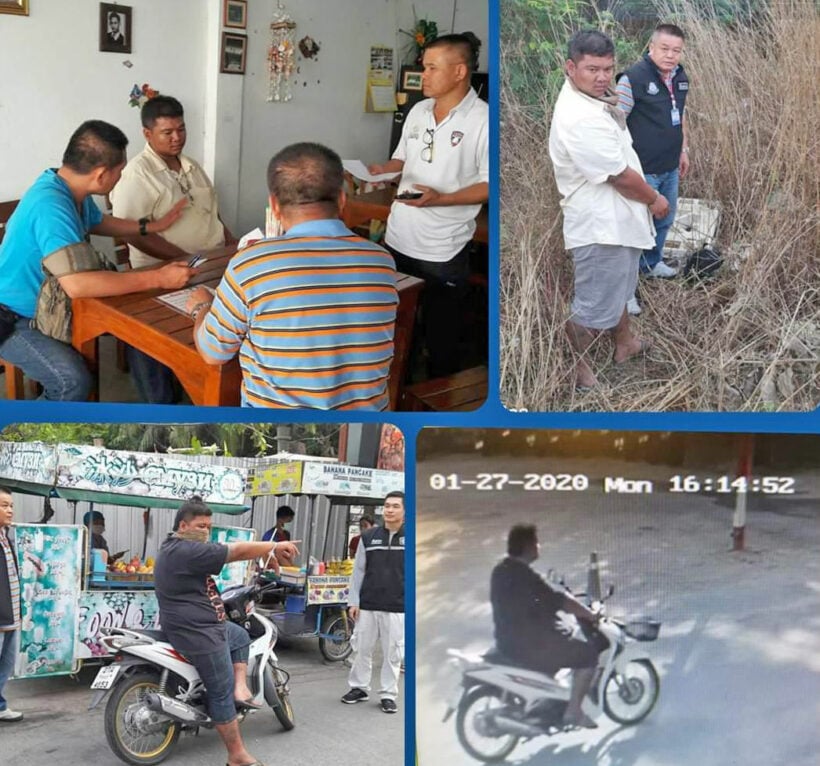 Pattayans and tourists can breathe a little easier with the arrest of a serial gold and bag snatcher who preyed on both Thais and foreign tourists.

CCTV helped nab the suspect, who was responsible for many snatch-and-grab thefts in Pattaya.

Beer has admitted to the crimes and faces multiple charges of theft. Police discovered that he was just released from jail for theft last year.

Local media have reported on several bag snatchings over the past few months and the suspect was behind several of them, according to police. Two other suspects were arrested late last month.

Pattaya tour group businesses shutting up shop for a month