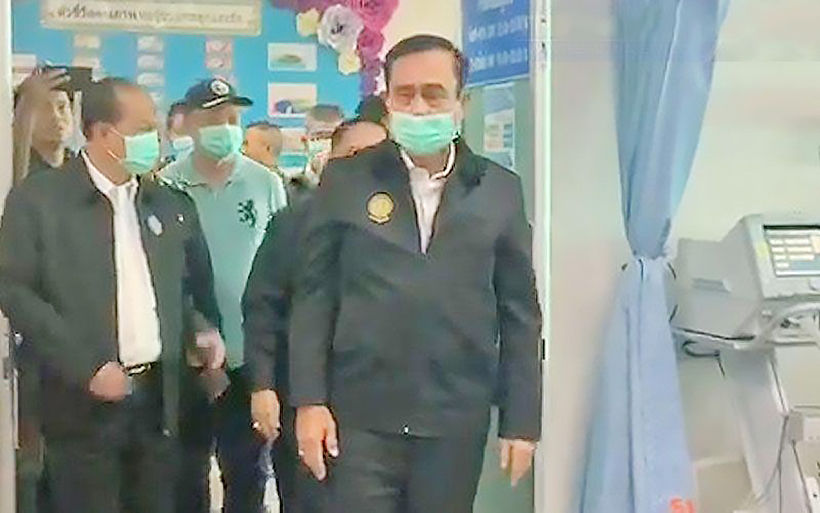 The soldier who shot dead at least 25 people in a bloodbath in Korat was killed in a police assault at around 9am today, ending a rampage that lasted more than 17 hours.

The shooter has been identified as 32 year old Jakrapanth Thomma, an officer working for the army’s 22nd Ammunition Battalion. He stole weapons and a Humvee, (a four-wheel drive military vehicle) from his base in Nakhon Ratchasima yesterday before going on a shooting spree that appears to be Thailand’s worst-ever mass shooting. He was killed in the area of a Foodland supermarket in the basement of Terminal 21 shopping mall, where he spent nearly fourteen hours holed up, according to police at the scene.  The officers say Jakkrapanth was discovered hiding inside the supermarket and shot at police, forcing them to return fire.

In a news conference, PM Prayut Chan-o-cha said he has ordered all relevant agencies to assist the victims and their families, who suffered from what he called an “unprecedented outburst” of violence. He flew in by helicopter to visit the injured in Korat area hospitals this afternoon. He says the investigation is ongoing and thanked the public for donating blood in response to the carnage.

He defended the lengthy siege, saying that security officers took all necessary precautions when advancing into the sprawling mall complex with hundreds of civilians trapped inside.

A Twitter post from Khaosod reports that there will be a candlelight vigil at 6pm at Thao Suranari (Ya Mo) statue in Korat in memory of the victims.