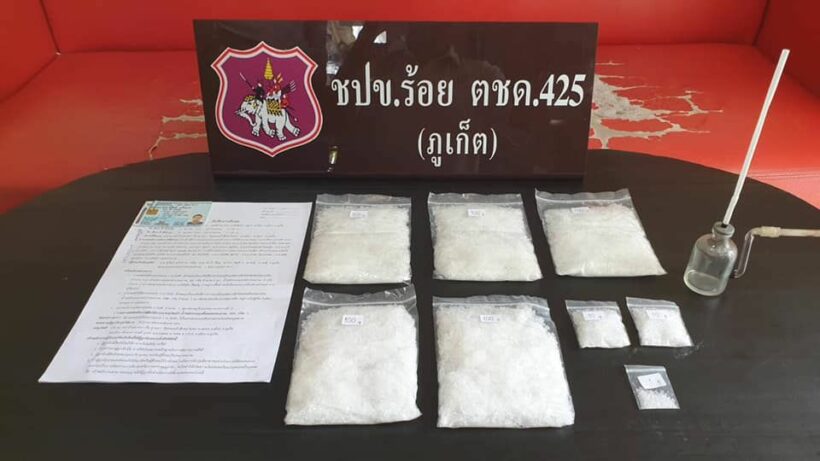 A 35 year old Phuket man, Suwat Kaewtaworn, is currently in custody after being arrested yesterday with 521 grams (half a kilogram) of crystal methamphetamine.

Suwat was arrested in front of a pharmacy on Chao Fah West Road in Chalong. Police found three bags of crystal methamphetamine (ice), two of them weighing 10 grams each and another one weighting one gram. They were hidden in a box of child fever syrup medication, among tools, which were placed on the floor of Suwat’s rented room.

Also, the police found more five bags of crystal methamphetamine, weighting 100 grams each, hidden inside a plastic box inside the refrigerator in his room. Suwat was charged for possessing and dealing drugs, was taken to the Chalong police station and awaiting prosecution. Thief gets away with 50 phones and gold in Bangkok