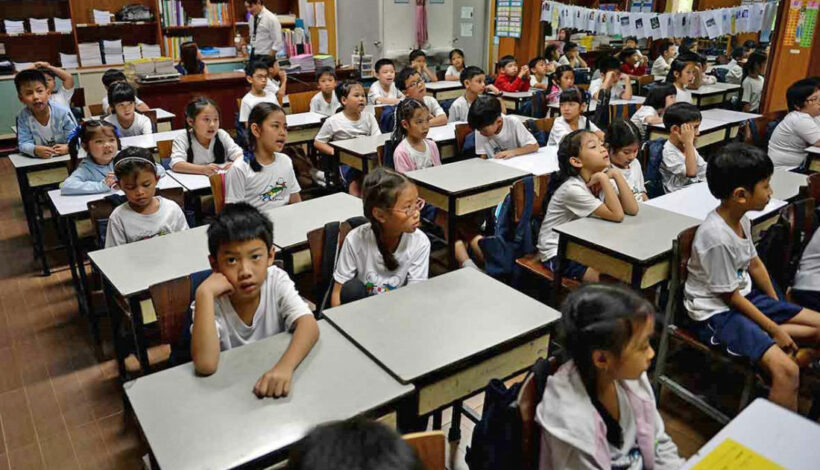 Thailand’s competitiveness ranking has dropped two places in the Global Competitiveness Index just released by the World Economic Forum (WEC) in Switzerland. The country has dropped from 38 to 40 out of a total of 141 global economies ranked.

The WEC claims that a lack of critical thinking in teaching in Thailand, along with its failure to dominate in any markets, plus its unsafe drinking water, is affecting the country’s competitiveness.

The Nation reports that Singapore has come top in the ranking, overtaking the U.S. and Vietnam has shot up 10 places to 67.

The deputy secretary general to the PM for political affairs, Kobsak Pootrakool, responded to the findings, saying that as other countries improved their rankings, Thailand needed to work harder to ensure their progress didn’t cause it to slip backwards.

“It’s like a running competition – if our pace is slower, others will overtake us, so we have to run faster.”

The dean of the Chulalongkorn Business School, Assistant Professor Wilert Puriwat believes he knows what the country must do to improve competitiveness.

“The survey found that skills among new university graduates have declined, especially in the area of critical thinking. We’ve failed the exam and it can’t be fixed by simply retaking the test – we need to restart learning.”

Assistant Professor Wilert says Thailand needs to change the way students are taught, adding that the country’s score on critical thinking in the classroom was the world’s lowest at 37 out of 100 points. Finland comes first, with 89 points.

Wilert points out that Thai students routinely perform poorly on tests compared to foreign counterparts, which can be blamed on an old-school reliance on rote learning through memorisation.

The WEF is urging Thailand to adapt a model that encourages creative and critical individual thinking in the classroom instead. It also recommends improvements be made in staff training in Thailand, and more fostering of digital skills.