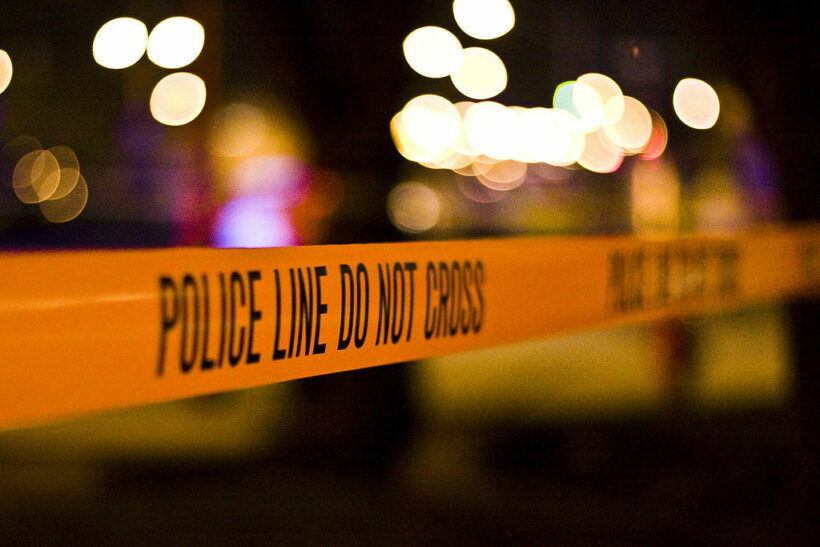 A man in Phetchaburi allegedly bludgeoned his wife to death before committing suicide yesterday, according to local authorities. It appears that Wichai Leeka, a 43 year old auto tyre repairman, beat his young wife, 21 year old Thanthip Pothong to death with a steel bar, before using a shotgun to take his own life with a shot to the head.

Police received a call at 8:40 pm. Police and volunteers headed to an auto repair shop on Phetkasem Road in Thap Khang.

The police were notified by a local relative of Wichai, who in turn had received a call from another relative living in Ayutthaya, warning him that Wichai had just called and confessed to killing his wife before stating that he planned to take his own life as well. The local relative raced to the shop and pounded on the door, but was too late and received no answer, so he phoned the police.

Police arrived and broke down the door before discovering both Wichai and his wife Thanthip lying dead in the shop. Wichai was found dead of the shotgun blast to the head; his wife was found nearby with wounds from being struck repeatedly with a hard object. Officers recovered a bloody steel bar in the shop as well as the shotgun allegedly used in the murder-suicide.

Khao Yoi district, known for its limestone hills, is in the north of Phetchaburi, a central province on the northern end of the Malay Peninsula. The site of a patient murdering his doctor 2 months ago was also the hometown of a man who killed his ex-wife in Bangkok last year and was apprehended in the province.