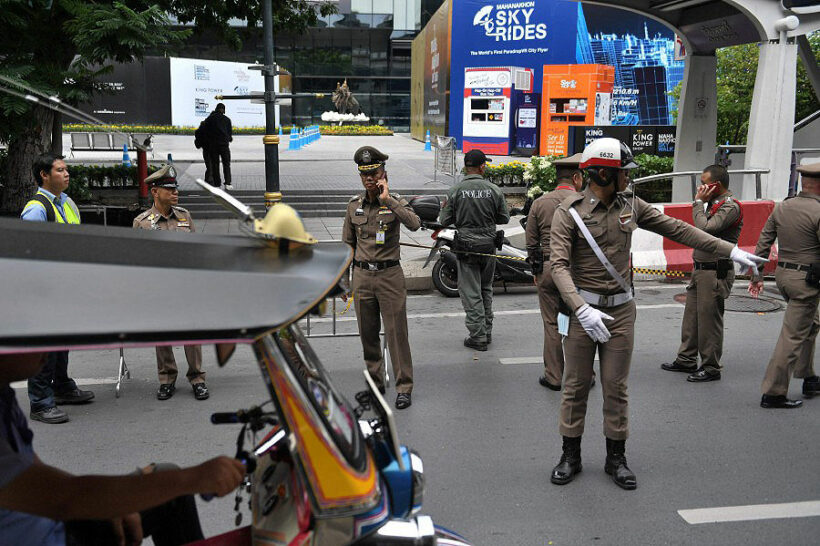 PHOTO: Police cordoned off the area around two small explosions at the Chong Nonsi BTS and Mahanakorn Building

The PM Prayut Chan-o-cha has announced that police now have nine suspects in custody in connection with the bombings around Bangkok last Friday.
Speaking after the weekly Cabinet meeting, Prayut, also the Defence Minister, said there had been significant progress in the investigation after police poured over the many CCTVs at the bombing sites.

He told reporters that the nine suspects in custody were being interrogated, but declined to elaborate, saying only that they would be dealt with based on the evidence.

“The government will handle the case the best it can. I would like to thank the officials and the people for providing information to the authorities.”

“Maintaining safety for life and property must start with the people. The people and communities can help the government by taking photos of suspicious objects or activity.”

Friday’s homegrown terror attacks in Bangkok – what we know