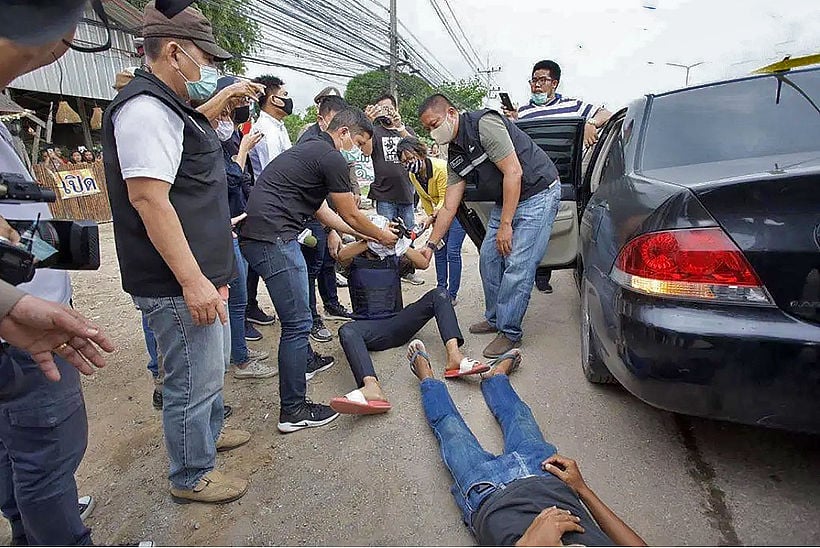 A police volunteer in Chon Buri province’s southern Sattahip district was fatally shot when he tried to rescue a heavily intoxicated navy officer from his flipped vehicle. A bystander was also shot and injured. Police were alerted to the incident at around 2am. When they showed up they found 33 year old Rit-rong Yasawut, fatally injured, with inebriated 23 year old Jirat Katanyoo laying next to him.

Also at the scene was 50 year old bystander Adun Chansaeng, the owner of a nearby restaurant, nursing a gunshot wound on his right arm, and the soldier’s girlfriend 23 year old Sutthina Wuttichai. She told police Jirat was drunk before driving, which resulted in him flipping the car. When Rit-rong showed up to try and rescue him, Jirat began firing at him.

Jirat had been shot 3 times in the chest and twice in the arm, and  succumbed to his injuries at Somdej Phranangchaosirikit Hospital, where the others were also taken for treatment.

Police believe Jirat may have been so drunk that he started hallucinating that the rescuer was coming to attack him.

He faces charges of intent to murder, second degree homicide, brandishing a firearm in public and drunk driving. He remains in police custody and the Thai Navy has also been involved in the investigation. The case will be prosecuted by the Chonburi Military Court. 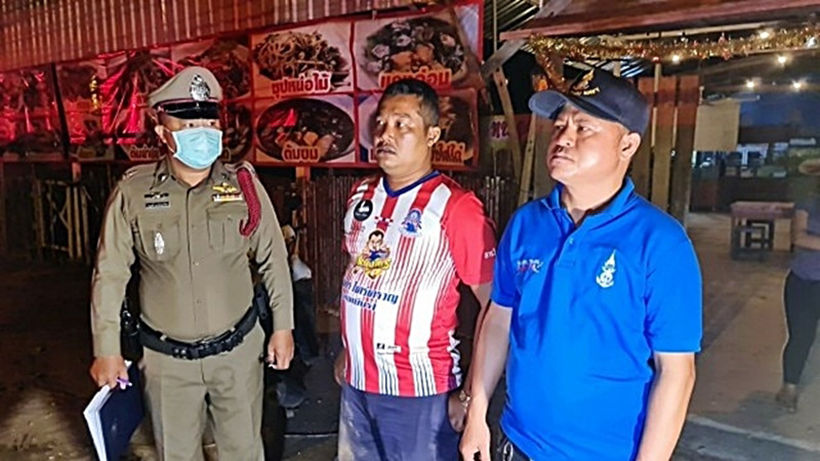