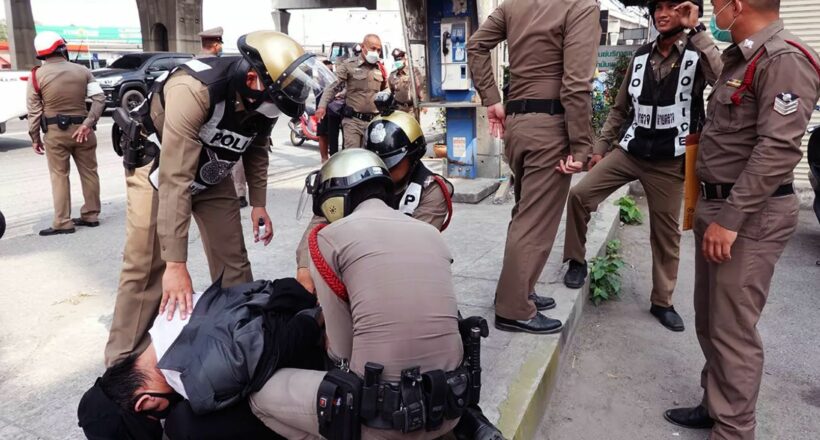 Police general Krisana Pattanacharoen, dupty spokesman of the Royal Thai Police reports that a serving police sergeant was allegedly arrested in Chachoengsao province (east of Bangkok) for conspiring to rob a bank.

Officers from Bangpakong Police Station reported that there was a suspicious-looking man in front of Kasikornbank’s Bangwua branch in Bangpakong district. 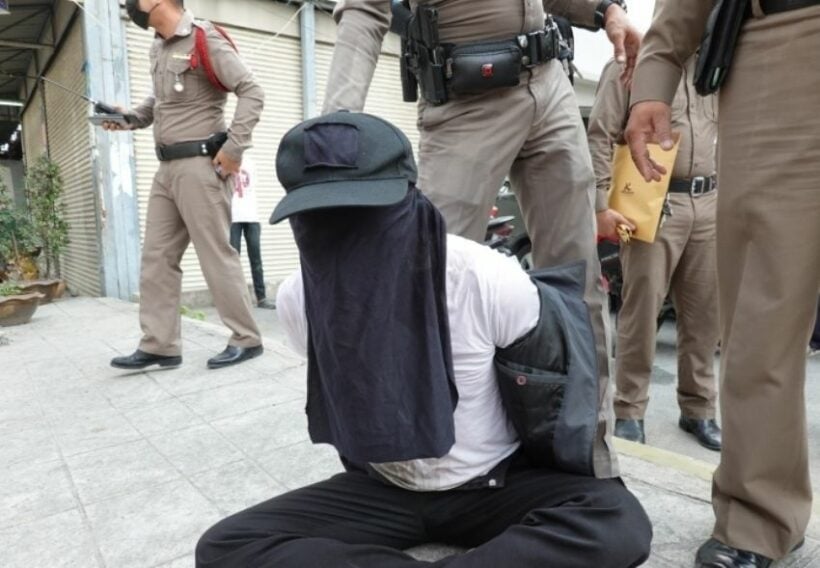 “The suspect was seen wearing a black cloth mask, black clothes, carrying a backpack standing in front of the bank’s ATMs.”

“When patrolling police officers questioned him, he said he was an undercover police officer from the Special Branch Bureau and tried to flee.”

Officers then arrested him after trying to escape from the patrolling officers, a Glock 19 handgun was found in his jacket along with secondary magazine with 40 bullets.” 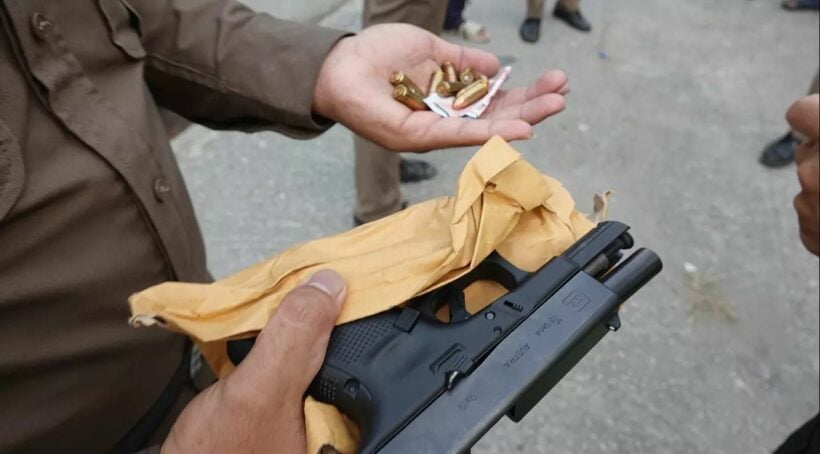 General Krisana says that the man confessed to a conspiracy to rob the bank, saying that he was 400,000 baht in debt and his wife was out of work.”

“The sergeant will be charged with carrying firearms in a public place, while officers will further investigate the origin of the firearm and ammunition to see if there are other offenses involved.”

“The Special Branch Bureau will later appoint a committee to consider disciplinary punishment against the sergeant.”