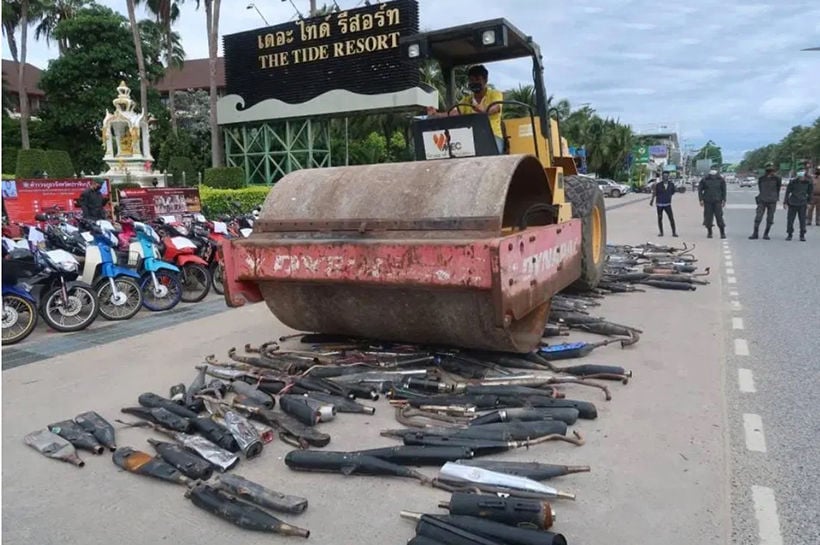 Since the national curfew was lifted last month, illegal motorbike racing has returned to Thailand’s streets with increased popularity. From June 20-30, police arrested more than 5,600 racers and seized more than 17,700 motorcycles nationwide.

Chon Buri Police yesterday used a steam roller to very publicly crush more than 700 illegal exhaust pipes seized from road racers, known locally as “dek waen” or “vanz boys,” in the Pattaya area. The media were invited along to capture the public shaming.

Police told that Pattaya News that over 11 days, Chon Buri police arrested 11 reckless drivers and held 1,307 inspections at motorcycle shops and repair shops, 8 of which face further legal charges relating to the illegal modifications. 761 illegal exhaust pipes were seized, 11 cars and 2,157 motorbikes were seized, and 3,075 road users were arrested. A spokesman said this is part of national Thai Government measures to crack down on road racing and the noisy modifications made to standard motorcycles, most of them less than 150cc in power.

PM Prayut Chan-o-cha has publicly warned that curfew or not, those violating the recently extended Emergency Decree will face stern penalties, and even threatened a renewed curfew if such illegal activities aren’t brought under control. 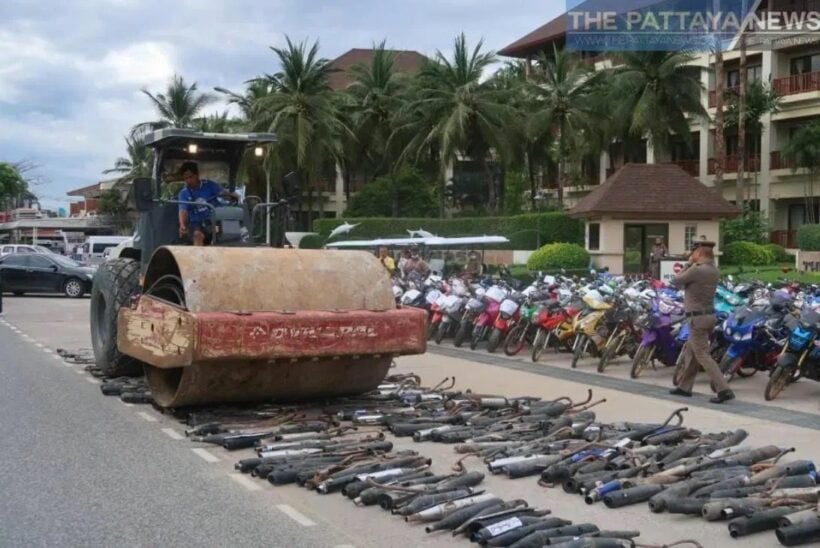 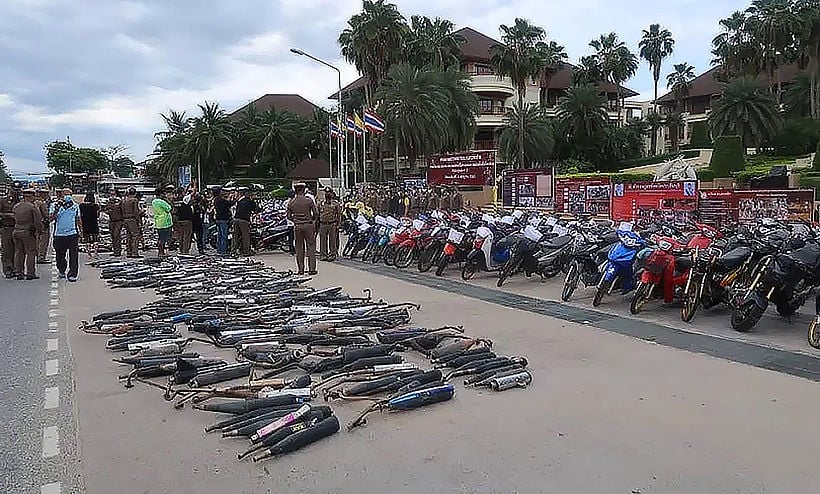