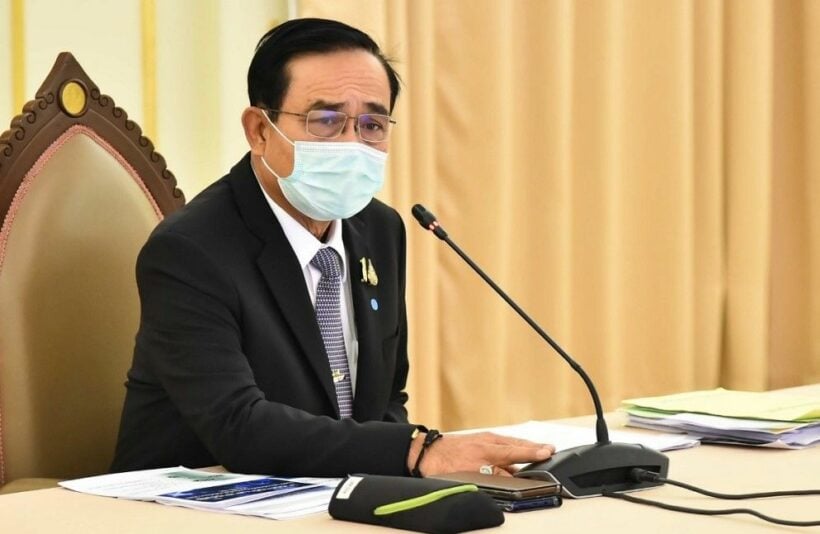 PM Prayut Chan-o-cha has strenuously denied suggestions that the proposal to extend Thailand’s emergency decree by another month is politically motivated. Addressing the media at a press conference in Bangkok, he emphasised the importance of the decree remaining in place while the risky phase 5 of re-opening gets underway. The PM says that without the powers afforded by the decree, being able to re-impose restrictions in the event of a resurgence of Covid-19 would be a lot more difficult.

An extension to the decree, which was set to expire today, has received a green light from Thailand’s Centre for Covid-19 Situation Administration and is set to be formally approved by the Cabinet today. The decree affords the government special powers to crack down on activities it deems “risky” in terms of spreading the virus, allowing for sweeping restrictions to be imposed nationwide by the administration in Bangkok, as opposed to at a provincial level.

There are strict penalties for violation of the decree, which critics of the government say is being extended for political reasons. The PM points out that Thailand’s apparent success in suppressing Covid-19 is largely due to the emergency decree being in place. The country has now gone over a month without recording a single case of local transmission, but the PM says with the re-opening this week of such riskier businesses – including pubs, bars, and other entertainment venues, it’s essential the government retain the powers afforded by the decree. He adds that its existence has little to no effect at this stage on the day-to-day lives of Thai citizens, since restrictions on domestic travel and the nationwide curfew have been lifted.

The PM also says the decree can be ended at any point, adding that the government will monitor how the phase 5 re-opening goes and review the situation at that stage.