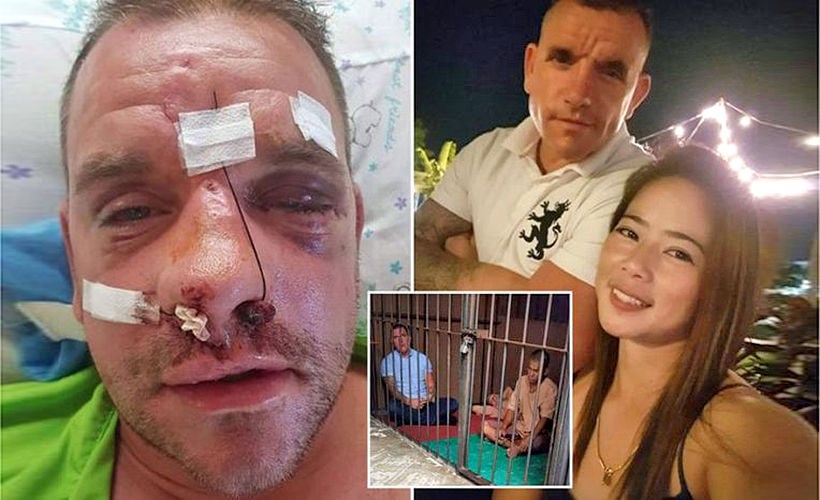 A British man, beaten up by a gang of Thai “thugs”, is facing jail after throwing punches in self-defence. 38 year old Luke Thornton was kicked and punched in the face and repeatedly knocked out in the assault. He was visiting his wife Sayforn Phetkajang in the village of Pai, north west of Chiang Mai.

At the time reports in Thai media say he was sitting in the road with a few friends when three men pulled up on motorbikes and started revving their engines. Luke then pulled his friends away, at which point the Thai men allegedly unleashed a savage assault on Luke.

Three Thai men have now been arrested, aged between 23 and 25. They claim the British man shouldn’t have interfered in a fight between “grown Thai men”.

“So he needed to be taught a lesson.” Read The Thaiger report about the attack HERE.

Luke’s wife told reporters that he had raised his hands in a wai to appeal for his life but says he was kicked and beaten unconscious and left for dead as the gang fled the scene.

“They had wooden sticks with nails pointing out. They were screaming they were going to kill me. I couldn’t believe what I was hearing. They punched me in the face and the back; they kicked my legs and smashed my face with their sticks”.

“I lost consciousness and then when I woke up again, they knocked me out with a kick to the head. This happened two or three times. At one point they picked me up and dragged me across the road, my face scraping along.”

One of the attackers eventually asked: “Where will he put his body?”

Luke was taken to Chiang Mai Ram Hospital with a fractured skull, fractured eye socket and other facial injuries. Over the following two weeks, he underwent facial reconstruction surgery and operations on his fractured skull and broken finger, with medical bills running to £7,500 (about 280,000 Thai baht).

He suffered a smashed eye socket and a smashed nose, with his left eyeball replaced by a piece of silicon and eventually re-inserted. The three men in question have been arrested but Luke now faces a trial for “fighting”.

“I’ve been told I will have to sit in the dock with the three men who attacked me at my next court date in September. I am so scared they will have me killed. I have PTSD from that night, and I can’t stop replaying it in my head.”

Luke’s passport has been confiscated by Thai authorities and he is unable to return home to see his children.

Luke’s family and friends have set up a fundraising page to cover court costs and medical bills, which can be viewed HERE.

Night markets in Chiang Mai will be reopened tomorrow after the province went 6 consecutive days with no new Covid-19 cases.

According to Chiang Mai Governor, Charoenrit Sanguansat, the province and the provincial disease control committee agreed to ease up restrictions on social and business activities after the number of infections continually dropped and no new infections were reported during the past week.

As a result, flea markets, night markets, and walking streets across the province will be reopened tomorrow onwards.

However, the governor still reiterates that marketplaces and visitors must follow the disease control measures strictly.

Since the start of the second wave of Covid-19 in mid-December, Chiang Mai has tightened restrictions to prevent the virus spread in the province, with the order to close all markets and social activities for 14 days on January 6. 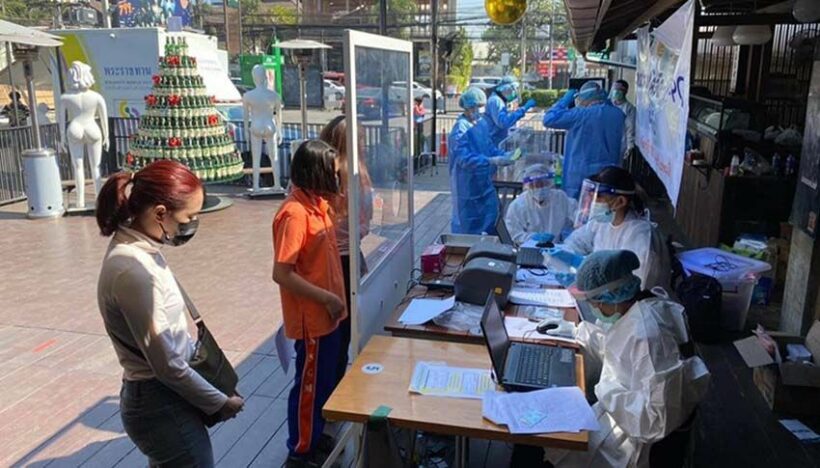