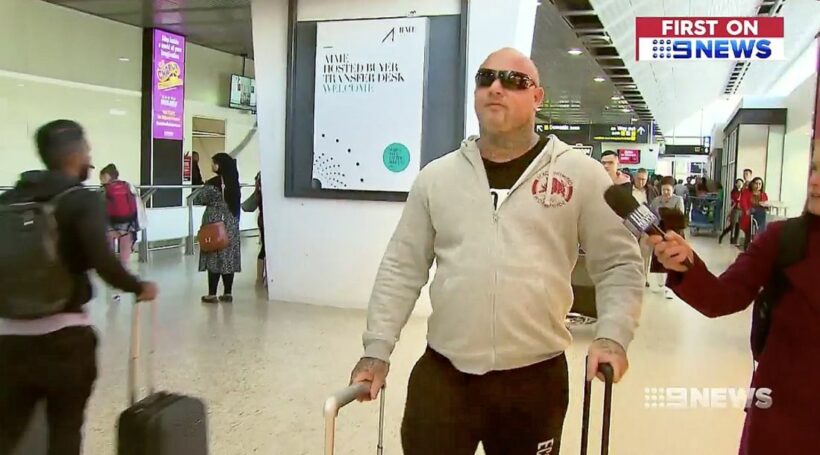 The leader of an Australian outlaw motorcycle gang, Mick Murray, was turned around at the border in Thailand, despite his bail conditions allowing him to leave Australia for travel. The Comanchero bikie gang president, facing more than 100 fraud charges, had his bail conditions varied by the Melbourne Magistrates Court last Wednesday so he could travel to Thailand and Dubai.

Murray flew to Thailand on Thursday night, where he had planned to spend five nights, before a 10 day holiday in Dubai.

But he arrived back at Melbourne Airport on a Thai Airways flight about noon on Saturday after Thai authorities turned him around at Suvarnabhumi Airport in Bangkok.

Among other charges, he is accused of having associates falsify a loan application to a car-leasing company on his behalf and allegedly owes the Australian Taxation Office $1 million.

Although police failed to have the changes to his bail halted, Mick will have to stay put in Australia for the time being, arriving back at Melbourne’s Tullamarine Airport on Saturday.

A spokeswoman for the Victoria Police says that the man had been refused entry into Thailand.

“This is a matter for the Thai authorities.”

Rehearsals continue for the grand Royal Barge Procession in Bangkok