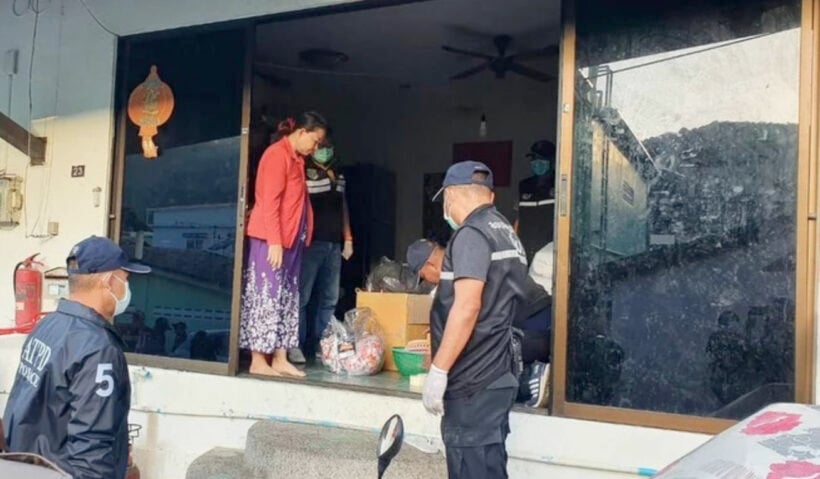 PHOTO: The children were rescued from four locations in Patong - Eakkapop Thongtub, The Phuket News

“All 17 children were Cambodian and were taken to the Phuket Shelter for Children and Families on Koh Siray.”

Thai police have taken 17 children into protective custody after a series of coordinated raids in Patong. They say the children were being exploited by a human trafficking gang, who beat them with a wire clothes hanger if they did bring home enough money. Jaruwat Waisaya, an assistant to national police chief Chakthip Chaijinda, told a press conference in Phuket Town yesterday that the children were taken into protection after raids at four locations in Patong

Officers from the Anti-Human Trafficking Division of the Royal Thai Police first raided a home in Patong’s Soi Sila Uthit,where they arrested foreign national Ngo Sun, aged 33, whose nationality was not disclosed, and Thai national 22 year old Suphattra Charoensuk, originally from Koh Samui. Both were wanted on an arrest warrant issued on Friday.

All 17 children were Cambodian and were taken to the Phuket Shelter for Children and Families on Koh Siray, according to Jaruwat.

“Officers will attempt to track down their parents. From questioning, the children were ‘hired’ by a group of foreigners. They told the children’s parents that they would take the children to work and pay the parents 5,000 baht per month.”

“After parents agreed, they brought the children into Thailand through jungle paths then came to Phuket. They rent houses where they stayed with the children and had children sell items on the beach. Some of the children are younger than 15 years old. They did not have any days off, and some of them worked from the morning until midnight.”

“They did not receive any money from the things they sold. If they could not reach the daily target, which was around 3,000 baht, they were hit with a clothes hanger and forced to work until they did. The investigation began when some of the children could not bear the beatings anymore and fled to other provinces.”

The suspects will be charged with human trafficking.

Throughout a mediaconference, Jaruwat made no mention of any involvement by Patong Police in the raids or the investigation. But Akkanit Danpitaksan, who took the post of Patong Police Chief on January 1, was present throughout.