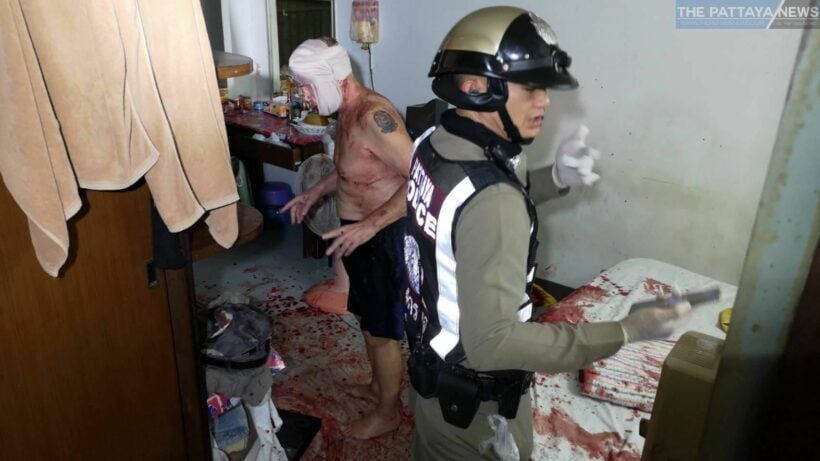 PHOTO: Police review the scene of a domestic knife fight between an expat and his wife on February 24, 2020 in Pattaya - The Pattaya News

A British man and his Thai wife both suffered serious injuries in a violent domestic dispute in Pattaya in the early hours of this morning. Emergency responders and local media were notified of the incident some time after midnight. Medics arrived at the scene to find a 78 year old British national with serious slash wounds to his face and head. His 67 year old Thai wife had also sustained serious slash wounds to her hands. They were taken to separate local hospitals. Both of their names are being  withheld pending a full investigation.

The wife told reporters that she was arguing with her husband before he allegedly pulled a knife and attacked her. She claims she managed to wrestle the knife away in self-defence, and fight back, which is he how he sustained his wounds.

Neighbours told reporters that alcohol was a major factor in the argument. Multiple open alcohol containers were present in the apartment.

Police are investigating further to decide whether to press charges. 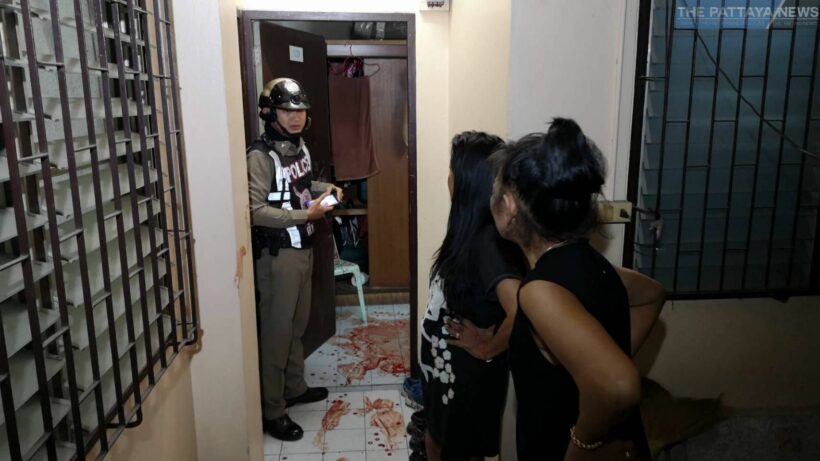 PHOTO: Police review the scene of a domestic knife fight between an expat and his wife on February 24, 2020 in Pattaya – The Pattaya News